One of Fortnite data-miners, @iFireMonkey has leaked on their Twitter account for a new Fortnite program called “Reboot A Friend”. However, they just stated in a brief tweet which just explained the rewards for this program. So what is exactly the Reboot A Friend program in Fortnite?

What Is Reboot a Friend Fortnite Program?

The Reboot A Friend Program is a Fortnite program which will reward the players with cosmetics items if they play with their friends which have not played Fortnite in a while. It means this program is applied for newcomers of Fortnite. Unfortunately, this program is just currently tested in Italy and Brazil but later it will be expanded to other regions.

Even though the Reboot a Friend in Fortnite is still available in Italy and Brazil, we know that this is one of the great ways of Epic Games to regulate the Fortnite community. However, this program includes an enchanting offer for every Fortnite player to obtain a bunch of new Fortnite cosmetics as the rewards.

The Reboot A Friends Program Requirements

Of course, there are some requirements that you should fulfill if you really want to follow this program. One of the major things that you have to do is to get your friends who have not played Fortnite in an unknown exact time.

Your task is to convince your friend to play the Fortnite game again or get a friend who is new to Fortnite but hasn’t played it yet. That’s such a simple task, isn’t? By following the Reboot a Friend program, of course both will earn the in-game rewards.

As we’ve explained above, you surely will have a chance to earn the rewards for any new Fortnite cosmetics item if you follow this amazing program in Fortnite. Moreover, this program is such a great challenge for the active Fortnite players to attract a player who has quite the game for various reasons.

In other words, the Reboot A Friend program is an invisible Epic Games way to re-capture both of the players who have played Fortnite and left the game for certain reasons and the newcomers of Fortnite who have not played Fortnite. Well, this is a very amazing strategy of Epic Games to get more players joining Fortnite later.

Here are the rewards that you will get by following the Reboot A Friend program:

About the Reboot Emoticon

Reboot Emoticon is a type of cosmetic item which players may use and equip for Fortnite Battle Royale games. It is such a way of communication among the players. You need to know that the emoticons are Fortnite cosmetic only so it does not have any benefit to your Fortnite gameplay. It can be used when knocked down and obtained through the Battle Pass season and almost all are categorized as Uncommon rarity. 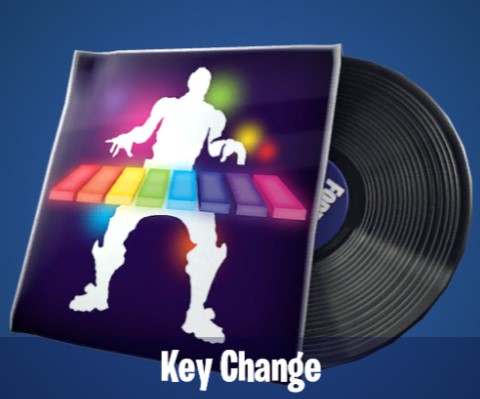 Key Change is a Rare Fortnite music which was first added to the game in Fortnite Chapter 2 Season 4. Aside from following the Reboot A Friend program in Fortnite, there is no way confirmed how to get this Fortnite music. A lot of Fortnite fans really hope that the Key Change music will be available to buy in the Item shop in the near future. 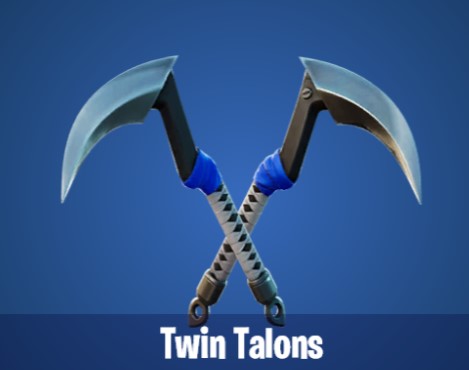 Twin Talons is a Rare Fortnite Harvesting Tool as part of the Falcon Clan Set. This was released on June 19th, 2019 and was last available 15 days ago. The Twin Talons can be purchased from the Item Shop with 800 V-Bucks. This harvesting tool was first added to the game in Fortnite Chapter 1 Season 9. 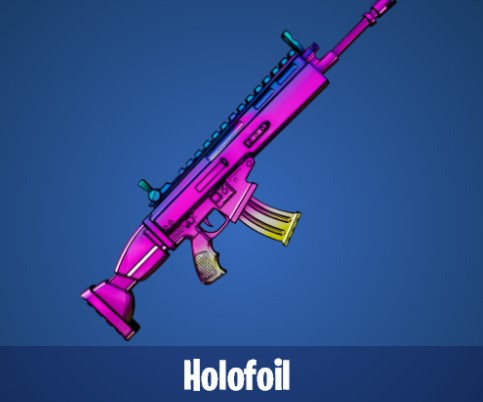 Holofoil Wrap is a Rare Fortnite Wrap which has been leaked but it is yet available in the shop. Many Fortnite players hope that this Fortnite wrap will hit Fortnite Item shop as soon as possible.  In other words, the Holofoil wrap is unreleased Fortnite cosmetics.

Well, those are the rewards that you can get if you follow the Reboot A Friend Fortnite program.

Rebooting A Friend in Battle Royale , How To Do?

Once you know about the Reboot A Friend Program’s reward that you will get, you may now want to follow this amazing program. But you do not know how to reboot a friend as the primary thing that you have to do before following this program. Don’t worry! Rebooting a friend is a pretty easy way to do it.

For your information, in Fortnite Battle Royale, the survival game spices has taken heights. Here, the players can respawn their dead teammates through Reboot vans. Of course, the first thing to reboot friends is to update the Fortnite game app to the latest version. Once you update it, you can start searching for all the vans which can be found all over the Fornite map. You can also easily spot a Reboot van due to they look almost like tiny busses with odd things attached to their wheels.

We already know that Reboot Vans just work in squad modes, not in solos mode. However, the vans are not supported any more which already has respawns enabled. Well, if your friend is eliminated and has no chance of revival, then you can respawn them by using a reboot card which will be dropped by them.

Furthermore, the reboot cards will be lying down on the ground for 90 seconds. In this span time, you can pick it up and later go on searching for a reboot van. Then, if you successfully do it, get to the reboot van and you can interact with it to bring your friend back in the game.

It will take about 10 minutes and after which your friend will then drop into the game with a limited inventory including 100 Health, 1 Common Pistol, 36 Light Ammo and 100 Wood.