Do you already know that Epic Games has removed the feature of merging account? If you do not know yet that the merging account has been removed, it is so normal for you because the feature removed not long ago. Indeed, it is a bad news for many players who have multiple accounts on Epic Games. So, is there any information in which account merging Fortnite will be coming back? To know the truth, please keep staying on this page.

There is a headline on Twitter from @FortniteGames that inform the account merge feature will be coming to an end on May 6, 2019. Is it real or not? If we see in this time, the headline is really fact in which we cannot use the feature more right now. However, it is a bad news for players who have multiple accounts because they cannot merge the account anymore. 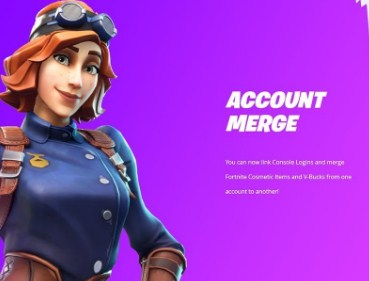 The feature of merging account has been dwindling in use and then Epic Games has decided to end the service soon. It is because the data shown that just very few players of Fortnite need this feature. It means that not many players really need the feature to combine their two accounts on Fortnite. Generally, the Fortnite playerjust have one account on Epic Games.

Then, the news is really true that the Account merging will be ending soon. So, for you who have multiple accounts and has been merged to be one, unfortunately, you cannot combine the accounts anymore. However, it is time for you to determine your official account that you will use to play Fortnite. Although the merging account has used by many players, but Epic Games will still remove the feature.

Players who have multiple accounts have the time until May 6, 2019 to submit the request of merging account. Indeed, the feature will not be available completely and no more request again. You may find many headlines on twitter or another social media in which Account merging Fortnite will be coming back. We suggest you not to believe for the news. However, Epic games did not state that the feature will be coming back. So, we have to believe to the Epic Games not to uncertain news spread on the internet.

Then, if you might not know how the feature works, here is the brief information for you about it.

The feature can be used for Xbox, PS4 players, Switch. Indeed, the feature will allow you to re-link the accounts and then create a single Fortnite account across all platforms. But, make sure that you upgraded the both accounts with the newest version.

Because of the feature is no longer available and uncertain coming back, so, it is a wasting time for you to learn about the feature anymore. Well, leave it and forget it!