As we have known well that since Fortnite release in 2017, the game of Fortnite has become the most of hottest video game in the world. This Battle Royale game has attracted up to 100 players fight it out at one time.

Then, to talk about the data of age distribution of Fortnite players, we will totally need some trusted sources that will give us the real data about it. As we can find on internet, there are tons of sources that give this data. Unfortunately, the reality of the data is still debate. 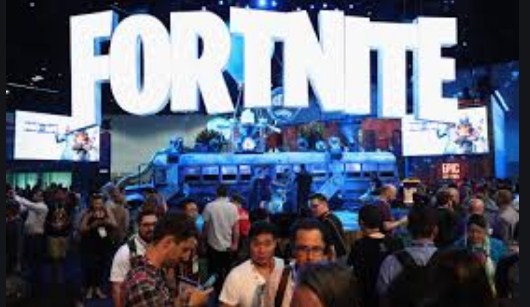 So, in this case we are going to give you the trusted data that we can get from Verto Watch – Verto Analytics that you can access it at https://vertoanalytics.com/verto-watch/.

Here are the real data for the age distribution of Fortnite players in the United States as of April 2018 that we found on statista.com:

So, from the table above, we can conclude that the age of players which give the biggest distribution to Fortnite is about 18 – 24 years old.

Furthermore, the data means that the most of Fortnite players are young teenager. Certainly, we cannot refer to one source. Of course, there are still many sources that show for the average age that distributes a lot in Fortnite.

On the other hand, we also get the data from other sources about the average age distribution of Fortnite players. The source is from gaming forum too. Why do we choose the forum as the one of source?

Surely, the answer is so easy, Dude! As Fortnite players, you may get in touch with the other players out of the game to find the ways, tips and tricks that you probably ask to the competitive player. So, the only one way that you can find the other players is just through a forum, isn’t it?

Well, most of Fortnite players talked on the forum that the age which gives the biggest distribution to Fortnite is between 8 – 18 years old. So, it means that there are many kids who have been playing a lot on Fortnite.

Besides, from the table, we can see that people who 18 – 24 years old take up 62.7 %, but the data only use people 18 years and older. So, many Fortnite players said that the average age who gives the biggest distribution would probably at 12 years old.