You probably miss the Season 6 and you wonder what skins which were available on the Fortnite Season 6. Well, in this chance, we are going to show you all of the Fortnite skins in the Season 6 so that even thought you cannot get it since this season is over, at least you know it.

The theme of this season is Halloween so that some of the stuff are related to it. So, what are the skins in Season 6 of Fortnite?

This skin is the cowgirl. This is a Legendary skin and it is from the Western Wilds set. This skin can be obtained via the Battle Pass during season 6 at Tier 1. The name of this skin is based off of the American frontierswoman known as Calamity Jane. This skin was released on September 27th, 2018 and it was last seen on December 5th, 2018. This skin features a Western Bandit girl who wearing a white V-neck tank top and also mini shorts. When it is upgraded, the skin features a black vest, a black western hat and also a black bandana mask. 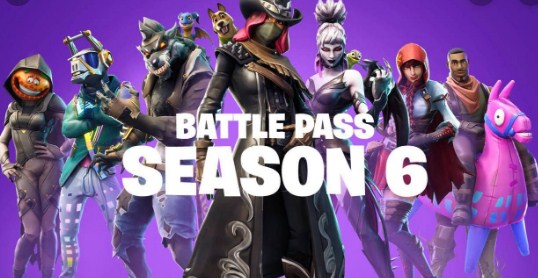 This skin is an Epic skin from the Twin Turntables set. This skin was released on September 27th, 2018 and it was last seen on December 6th, 2018. This skin represents a pretty hip looking DJ with a Llama for a head. This skin features a masked man in a green suit. This skin also showcases some shiny decals that reflects light same as a disco ball. There is a features which makes this skin stands out and it is its iconic metallic mask which looks like a robotic Llama head.

This skin is an Epic skin and it is the tier 23 skin. The skin was last seen on December 5th, 2018. It is an interesting skin because it features a standard looking character who wearing a funny llama riding costume. The skin also complete with a fake pair of legs for the avatar so that it makes the skin looks really weird and wacky.

This is an Epic skin from the Red Riding set. This skin is the tier 47 unlockable skin from season 6 battle pass. This skin features a red braided hair girl wearing a red hood, red skirt, a pair of high boots, a big belt and also a tattered white medieval shirt.

This skin is an Epic skin from the Nite Coven set and it could be unlocked at Tier 71. This skin has a unique look with grey to pink hairstyle, blood red eyes, white hair with purple tips and pale pink skin.

This skin is from the Pizza Pit set and it is the tier 86 skin from the Season 6 Battle Pass. This skin has a mysterious hooded figure wearing a tomato mascot head under the hood. Also, it features black suit that looks the same as covert field agents and modern assassins.

This skin is a Legendary skin from the Full Moon set and this is the tier 100 skin in the Season 6 Battle Pass. This skin has a brown hair and wears a red sweatband and also red undershirt with a cool black and white jacket.