It is no secret that Epic Games and Marvel seem to have a close partnership. The popularity of Fortnite which is currently still a busy game to be played and watched on Twitch with a consistent number of players seems that Marvel sees it as a potential platform to continue to buzz the existence of their superhero film – Avengers.

As the partnership between Epic Games and Marvel, of course Fortnite now presents some Marvel superhero in any Fortnite season. This is certainly proof that they work together well. Well, what’s new in Fortnite related to Marvel superheroes?

As we know that Fortnite Chapter 2 Season 4 will be popular with the full arrival of Marvel superheroes within the game. To prove it, in Fortnite Season 4, you will find Thor’s journey, She-Hulk skin released, Black Panther and Captain Marvel which are leaked to enliven the Fortnite game. 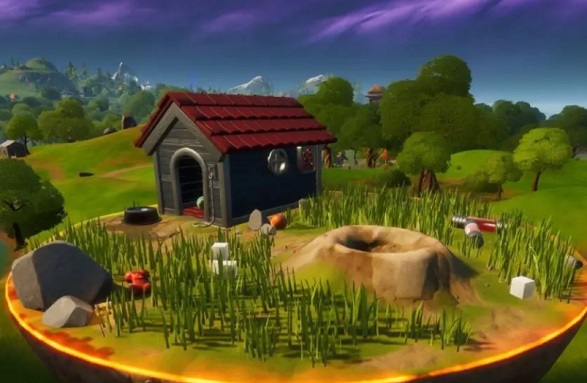 Recently, Epic Games added an unnamed location to Fortnite yesterday. The addition of this location is related to the leak of Ant-Man which will be coming soon in Fortnite. But, Ant-Man itself has not leaked yet yesterday, but Ant-Manor becomes popular after being added to Fortnite.

So, in this chance, we will inform you about the Ant-Man skin or others, but we will focus on explaining Ant-Man’s Manor.

Ant-Man Manor’s is an elevated circle of land which is popped up out of the ground near the pond just east of Holly Hedges. Furthermore, this is basically a giant dog house and dog food bowl with an anthill beside it. Of course, there are various items that you can find inside including some vials of Pym Particles.

When you are exploring this section of the map, you will feel like a very small figure that makes you want the entire season to be tiny with every POI giant in comparison. Well, when you hop down into the anthill hole, absolutely you will find yourself in a small network of tunnels. However, it will be cool if this extended deeper into the earth.

As introduced in Ant-Man’s Manor, the Fortnite map automatically changes. The location of Ant-Man Manor was leaked by Marvel when the Fortnite Season 4 started. Marvel stated that Ant-Man’s Manor will be coming to the island along with other additions. Marvel also listed the current Mythic superhero abilities which are available in Fortnite later.

However, it will be more interesting to see how Epic Games decide to incorporate other Marvel locations. To see how Ant Manor location looks like, you definitely can watch a video from Fortnite Insider entitled *NEW* Ant-Man Ant Manor Fortnite Location POI Landmark – Chapter 2 season 4 map changes at https://www.youtube.com/watch?v=UYtUc7FEHEo.