The trending news in Fortnite today totally makes the people in shock. Why? If you see a headline-news today related to Fortnite, you totally will get the shocking news that informs you that Apple’s company has removed Fortnite from the App store.

Today, the developer of Fortnite, Epic Games is suing Apple after this largest computer’s company totally blocked the hottest online video game in the world from the App Store on Thursday, 13 August 2020.

In this case, Apple emphasized why they removed Fortnite from their store because of payment guidelines violations. Moreover, Apple confirmed that Epic Games has violated for the terms of services which have been approved. 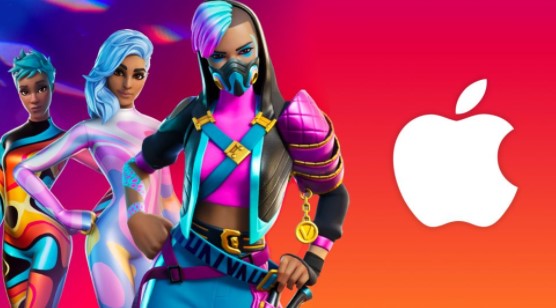 In this case, Epic Games was announcing a great way to the players who want to buy V-Bucks without using Apple’s proprietary payment systems. Of course, those reasons finally led Apple’s company to totally remove Fortnite from the App Store.

In addition, the clash between Epic Games and Apple about payment guidelines violation has become the trending news today. At the beginning, Epic and Apple made an appointment in payment in which 30% fee would be given to Apple for transactions within games and apps offered on iPad and iOS devices.

Earlier, Epic Games seems to avoid this payment method system. In fact, Epic Games offered a direct payment option to the players through a backend update which was not approved by Apple. As a punishment, Apple’s company totally banned Fortnite from the App Store, claiming Epic’s update as a policy violation.

How did Epic Games respond to this case?

As a response to Fortnite banned, recently Epic games has announced that they would premiere a short film called Nineteen Eighty-Fortnite. The film totally would show on the official Fortnite Twitter account and also on Fortnite YouTube channel. In fact, this short film is such a parody as a kind of innuendo of Apple’s commercial in 1984 when it introduced the original personal computer, Macintosh.

The short parody film showed a female fighter who was running toward the screen showing an apple icon which was giving a speech. She carried a unicorn-headed hammer. For a few moments later, a female threw her hammer to the screen. So, the screen was totally broken, leaving the audience there in shock.

Then, the original Apple’s commercial advertisement was directed by Ridley Scott. On the video, it showed a line of people with ambiguous genre, more referring to bald men who were marching toward the telescreen shown Big Brother. He was giving a speech to celebrate for his first glorious anniversary of the Information Purification Directives. He totally delivered his speech with his overbearing strength.

At the same time, there was an athletic woman who was running toward the screen while carrying a sledgehammer. Then, after closer to the screen, she threw the hammer hitting the screen that made the people there in shock. If we see the video, it represents a protest to the totalitarian leader.

You can watch an original Apple’s commercial video at https://www.youtube.com/watch?v=2zfqw8nhUwA