Skip to content
Homepage / Guides / Are Lightsabers Back in Fortnite? Here is the Answer..

There are some rumors floating about the Lightsabers coming back to Fortnite. It is true? The answer to the question about Lightsaber is yes. The Lightsaber have make its return to the Fortnite Battle Royale for the Star Wars Day on May 4th and will be available for a limited time.

Last season in the game called Fortnite, there was a live in-game event. It was where players would be able to see an exclusive scene of Star Wars: The Rise of Skywalker, that played at Risky Reels. Once the event had finished, the Lightsabers were added to the game and were available for a limited time. Aside from that, Limited Time Challenges were also introduced for this event and there were also achievements you could gain by doing particular things. 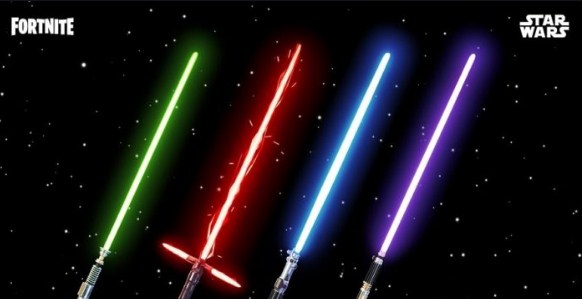 The official Twitter of Fortnite have announced that the Lightsabers have been added back to the Fortnite Battle Royale, in time for Star Wars day, which take place on May 4th. They are available to use again on PC, PS4, Xbox One, Nintendo Switch, and mobile. While this one is not a full blown event like it used to be, it is something worth checking out for the time they are available. The representative of Fortnite added the caption stating that it feel like a Jedi as Lightsabers have returned for a limited time. The players can drop in the game and show off their skills.

When will the Lightsaber be removed? Epic games, the developer of Fortnite, did not mention exactly when the Lightsabers would be removed from the game. However, according to the leaks, they will be available until the May 6th. This one appears as though the achievements you could gain for using the Lightsabers when they were originally released have been reactivated and it could be possible to gain them again, but this has not been confirmed as yet.

The thing is the same for the Star Wars challenges, even though some of the challenges are now impossible to due to items being removed and not being able to attend the event. Please visit Epic Games’s website if you want to know the details of the comeback of Lightsabers.