Skip to content
Homepage / Guides / Are There Bots in Fortnite Chapter 2?

When you are playing Fortnite Battle Royale games in the newly released Chapter 2, you probably have noticed that some players are very awful. In the past, you may have heard that streamers call bad players as bots but now in this Chapter 2, this statement become a fact and it is not just an insult. Epic Games announced the addition of bots several weeks before they release Chapter 2. So, if you are still curious whether Epic Games add bots or not in Fortnite Chapter 2. The answer is yes. There are bots in Fortnite Chapter 2 and Epic games add them. 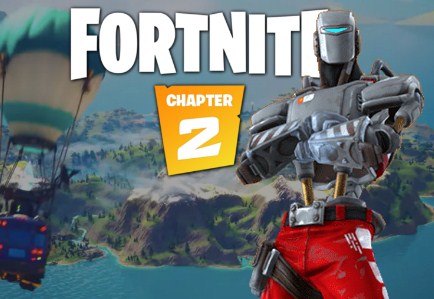 Several weeks before Epic Games released Chapter 2, they stated that in the next season, they will add bots in Fortnite. The behaviour of the bots will be the same as normal players and will help provide a better path for player to be able to grow in skill. In addition, they also stated that Bots in Fortnite Chapter 2 will work in conjunction with the new matchmaking system and as your skill improves, you will be able to face fewer bots. It is important for you to know that Bots are not present in Competitive playlists. Then, after Epic Games announced about bots, Fortnite players wondered about the new bots which developers answered that bots will not be in Competitive games and they will also not be a part of Creative mode.

You may wonder whether the existence of these bots are good or not. Some developers stated that bots are not able to use vehicles and are not able to do 90s as of now. In case you have played any games so far, you may have realized that the bots are not good at picking fights. However, even though the existence of the bots are bad for some developers and players, but it may be a good thing for some other players especially for some new players. As Epic games stated that they add bots in the game to help players especially new players to grow in skill. So, we are able to say that the existence of these bots may be able to give some advantages for the new players so that they will have experience in Fortnite game without having to be killed at the beginning.