PJ Pepperoni is the name of a Rare Fortnite skin from the Pizza Pit set. This one was released on September 22nd, 2019 and is currently available in the shop right now. How to get the PJ Pepperoni skin? PJ Pepperoni skin is able to be purchased from the Item Shop for 1,200 V-Bucks when listed. As you probably know, cosmetics rotate in and out of the shop every day, so no one knows when it will return.

As stated before, PJ Pepperoni skin is from the Pizza Pit set. This set features a total of 13 cosmetics that is broken up into 3 skins (Tomatohead, PJ Pepperoni, and Nightshade), 1 glider (Extra Cheese), 3 harvesting tools (Pair peronni, Night Slicer, and Axeroni), 1 emote (Pizza Party), 3 back blings) Special Delivery, Night Cloak, and Cheesy), and 2 loading screens (Tomatohead and Neon Tomato). 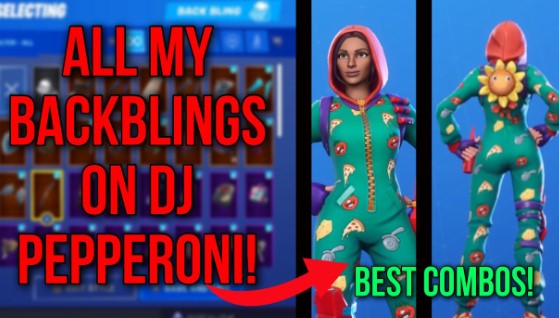 Here is the explanation of the cosmetics included in Combo 1.