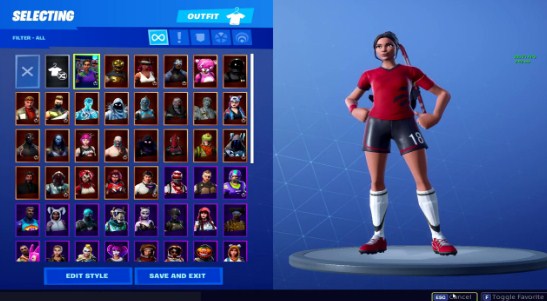 Fortnite soccer skin Poised Playmaker and the other cosmetic of Fortnite Goalbound Set were released around the World Cup. You get a lot of different options based on country which will give you different colors and designs. Aside from that, you are also allowed to customize the number to whatever you want as long as its two digits or less.

For those who are looking for the best Poised Playmaker combo, here are some for you:

Wolfpack is known as a Back Bing cosmetic item in Fortnite Battle Royale mode. This one could be obtained by completing five out of eight challenges from Dire Challenges.

Black Knight Shield is included in Back Bling cosmetic items in Fortnite Battle Royale. This one could be obtained as a reward from Tier 70 of Battle Pass Season 2 as a part of the Black Knight skin.

Ice Spikes is the name of a Back Bing cosmetic item with a legendary rarity thing. This one is only available to the Battle Royale version of the game Fortnite. For your information, Back Bings do not provide any added functionality or give gameplay advantages to the players wearing it. Furthermore about Ice Spikes, it is the bonus Back Bling item of the Ice Queen Legendary outfit. This one is a cosmetic item that looks like a shield with giant spikes of ice. It is placed and strapped in the back of the player when equipped.