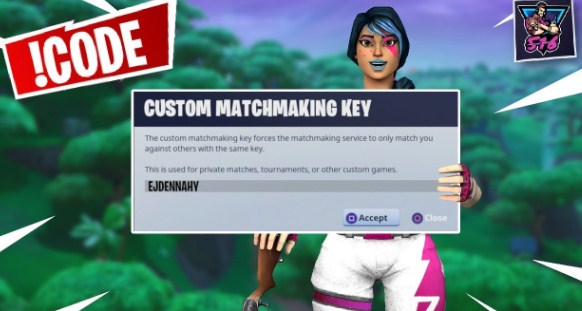 Right now, competitive players entirely use the custom keys for scrims and practice games. whereas earlier, they had to try to get into the same games while doing scrims in the game by queueing up at the same time. Therefore, custom games have made it a lot of easier for professional and competitive players to practice and implement their own rules.

How do you get the access to custom matchmaking keys and custom games? Please keep in mind that the requirements might be subject to changes in the future. The only requirement is to be an accepted creator with a support a creator code (Epic Games affiliate program). Creators, including active video makers, artists, cosplayers, streamers, community builders, musicians, and storytellers who meet the following criteria. First, they have more than 1,000 followers on at least one major social platform like Instagram, Twitter, Facebook, Mixer, Youtube, Twitch, and so on. second, they complete the Affiliate Agreement and abides by the Creator Code of Conduct. Third, they are capable of receiving payment in a form that Epic Games supports (one of them is PayPal). Those who are accepted into the program will get a support a creator code.

Talking about the custom match, there is a bit only custom match. It is a casual way to play Fortnite Battle Royale. If you want to have some fun and play a bot only match without any human players at all, you will have to follow these simple and weird instructions that were shared by a Fortnite fan named u/Enframed. First of all, you need to use the Custom Matchmaking feature or input the code TaborTime in Solo. This code of feature clearly is not exactly intended. This one will not work every single time, but it should mostly work. You can give it a try and test your luck. Before trying this bot only custom match, you need to know that you cannot earn XP from these matches. Aside from that, your wins also will not count for your online total. Despite all the things mentioned, it does not make it any less fun.