Buckle Up is the name of a Rare Fortnite emote. This one was released on August 2nd, 2020 and is currently available in the item shop right now. The emote is able to be purchased from the Item Shop for 500 V-Bucks when listed.

How do you get the Buckle Up emote? As stated before, the Buckle Up emote is able to be obtained with V-Bucks when it is in the Item Shop. For your information, cosmetics rotate in and out of the shop every day, so we have now ay of knowing when it will return. 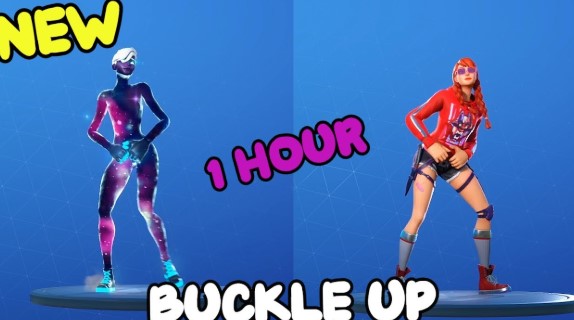 The term “emote” is used to call cosmetic item available for Fortnite Battle Royale and Fortnite Save the World, and can be everything from dances to taunts to holiday themed. It is able to be purchased in the Item Shop using V-Bucks or won in the Battle Pass seasons. It is a way to express yourself on the battlefield in many bizzare ways.

Emote was introduced early in the game of Fortnite. As more and more emotes added to the game, Fortnite decided to make the #BoogieDown contest, where all players could post a video of themselves making an entire new dance, and the best one would be added to the game. In Season 6, the developer of Fortnite called Epic Games added Built-in Emotes, a kind of emotes that could only be used for particular skins. In Season 8, they made traversal ones, the first being the Conga. All emotes, unlike others, allowed you to walk and move around instead of having to stand still. Season X added the first and probably the only vehicle emote called the B.R.U.T.A.L. Dab. In Chapter 2 Season 1, they added two-player emotes, where players could interact with the other players via emotes.