What is the new on Fortnite for competitive series?

Fortnite has been coming with new Season and Chapter that allowed the player to get Champion League. The chapter 2 in season 1 comes with Arena Mode. In this season, the Arena will continue to focus in Fortnite Champion Series. Then, the squad Arena is now available in this season. The good news also is the Solo Arena available too, so you can follow the champion independently. 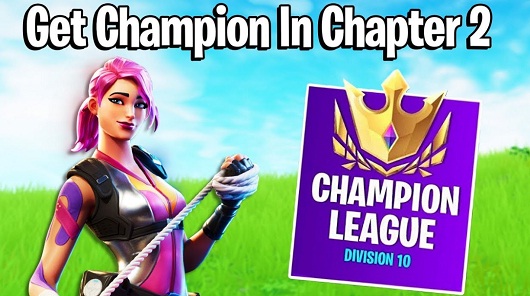 Epic Game will be increasing the top teams for each week from each region to Chapter 2 season 1 Final. Of course, this rule is similar to the last season. Then, Epic Game also will continue to give the award Series Points depending on each team final placement in every week during FNCS. The purpose is to determine the team placement on the Series Leaderboard. Then, the top performers will increase to the Season Finals on this leaderboard.

It is little bit different from the last season in adjustment. In this season, Epic Game will be making some small adjustments. They are moving more qualification spots to the individual weekly qualifiers. Then, they will obtain fewer teams from the Series Leaderboard. The main goals on this champion are:

Furthermore, the trade is not allowed between any qualified teams.

Then, how about the Season Finals? Of course, this season final will be handled online for each region on December 6-8 to decide who will be crowned in Chapter 2 Season 1 Champions. Besides, this season will be giving away for about $5,000,000 in total prizes in all regions and also competitions involving the weekly Cash Cups and the new platform for specific tournaments.

Moreover, to get a chance in this champion league, of course, you should do some supported ways. They are to increase your skills, to try a new rotation and also to prepare for the seasons competitive kick off. Those can be mentioned as the warming up before the start of Fortnite Champion Series. By practicing, automatically, you will get a high skill to follow this champion series.

Epic Game is also so excited with release of Chapter 2 by adding a setting to improve audio. This has been tested with members of competitive community by toggling on 3D Headphones mode in Audio Options menu. Then, the mode will fix the spatialization of tactically-important sounds.

By reaching this Champion League in Arena mode, defnitely you can unlock this event. This event will occur in three rounds: Opens (Round 1), Semi Finals (Round 2) and Finals (Round 3). So, what are you waiting for?