The movie theaters closed since pandemic Covid-19 invaded the earth last year. Certainly, this pandemic makes the movie lovers stop watching the movie in cinema. And, they cannot watch the updating movie until now. Indeed, the cinema is still closed now.

But, it is not a problem because you can still watch the movie via the Fortnite game. Why can?

In fact, Fortnite presents the event called Movie Nite to show off the popular movies. The event especially will take place at Fortnite’s new Party Battle Royale island on the big screen. Of course, you cannot wait for the event, can you? 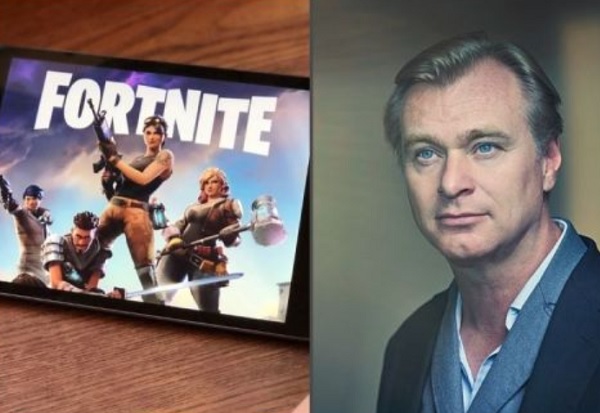 Then, do you know who is the actor?

In this case, Fortnite is hosting Christopher Nolan for Movie Nite. Of course, if you are a Nolan fan, you will be excited to attend watching his movies. After Fortnite premiered a trailer for Christopher Nolan’s upcoming film, that’s Tenet, then, the director is heading back to the game with a full-length feature. Yeah… Christopher Nolan comes back in his movies to a Movie Nite event on Friday, June 26, 2020.

The movies which will be shown in this event are Inception, The Prestige, and Batman Begins. Of course, the movies are available to watch based on which region you play Fortnite in. The Fortnite players in the US will get showings of Inception starting on June 26 at 8 p.m. ET. Then, the second showing will take at 11.55 p.m E.T.

Meanwhile, the players in Canada and UK will watch The Prestige at 12 p.m. ET. It means that the movies shown in your region can be different too.

Then, do you know more about Christopher Nolan?

Christopher Edward Nolan is a British-American filmmaker in Hollywood. He was born on July 30, 1970. Now, he still exists in the film industry. Raised in London, Nolan has developed an interest in filmmaking from his young age. For the first time, he made his feature debut with Following after studying English literature at University College London.

Nolan has received many honors and awards known as one of the 100 most influential people in the world in 2015. And in 2019, he was appointed Commander of the Order of the British Empire for his contribution to the film industry.

Movie Nite events are just like some of the concerts in Fortnite, in this case, the players have to be able to jump in and out of the movie at any time as the movie is shown. Well, if you really want to watch the movie in the beginning, of course, you will have to be there right when the movie starts.

This Movie Nite event will be the first time in which Fortnite has moved from the trailers to show Nolan’s full movie. Moreover, Epic Games has many partnerships from DC and Warner Bros to Marvel and Disney.

The Movie Nite in Fortnite will become a regular event in Fortnite especially with the real-theaters which are still struggling to reopen amid the pandemic of Covid-19. So, make sure that you come to this Movie Nite event.