If you are really a big fan of Deadmau5, of course, it is not totally wrong for you. However, Deadmau5 becomes a popular musician that has attracted many fans to love him. Then, through Fortnite, his popularity increases so fast because Epic Games always involves him at every big event. 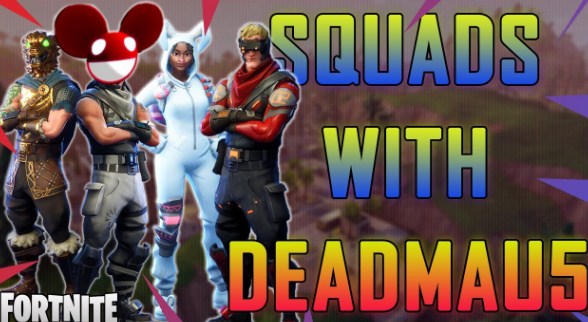 Then, do you know who is he?

Definitely, it can be normal if you really do not recognize for him. It is because no all people should know for all musicians in the world. But, if you are a veteran Fortnite player, we guess that you really know him well.

Deadmau5 or Joel Thomas Zimmerman (his real name) is well-known as a professional DJ, electronic music producer and musician. He was born on January 5, 1981 in Niagara Falls, Ontario, Canada. He is Canadian that mainly produces for a progressive house music, but sometimes the other forms of electronic music is also touched.

In the age of 39, he had many works with other DJ and producers of creating some masterpiece. He has worked with MC Flipside, Kaskade, Wolfgang Gartner and Rob Swire. He was also as the part of the group named WTF with Dua, DJ Aero, and Tommy Lee. Then, he ever collaborated with Steve Duda under the group named BSOD (Better Sounding On Drugs).

Why is he getting popular on Fortnite?

His popularity on Fortnite cannot be separated by his existence on Fortnite event. As we have known that Epic Games regularly hold any events to make the players not getting bored when playing Fortnite.

Certainly, if the developer of a game does not have any programs to make the players fun, many players of its game automatically will quit from the game and choose another game as well. So, what the Epic Games has done is definitely a must for such a game developer.

Since holding any event, Epic Games is not half-hearted to present many popular musician and artist on the stage. Certainly, by Epic Games event, many musicians who are not very popular formerly is getting popular after being present at Fortnite event.

So as for Deamau5 in which he will be having concert on Fortnita event on Friday, 8th May 2020 from 2 PM to 3 PM ET. The concert is a Fortnite Part Royale Premiere Event. In the event, Epic Games choose some musician to concert on stage, they are Deadmau5, Steve Aoki and Dillon Francis. They will be there to headline the Fortnite Party Royale premiere.

So, please keep stay tune for latest information about the concert!