Skip to content
Homepage / Guides / Did Fortnite Add Bots to the Game?

You may be wondering about whether Fortnite add bots or not to the game. Indeed, the information is so needed for you especially for Fortnite players. By knowing the fact, definitely you are able to master all about Fortnite to make your game-play better. It is not totally wrong if you ask the question about bots on Fortnite. So, did Fortnite add bits to the game or not? If you want to know the answer, please keep staying on this page!

As competitive Fortnite player, you may not like to play with bots, but for noobs, the bots are really needed to give them a chance to learn and explore the strategy of playing the game. Many best Fortnite players think that playing with bots can make someone to feel as like a noob at all. But, for some of new Fortnite players, the existence of bots on the game is really needed. Without bots, they cannot learn the strategy of play and how to explore the game first before playing with real-human as the opponent. 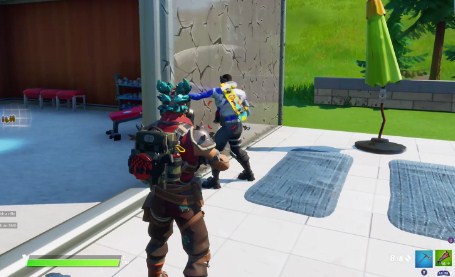 Then, if you ask the question did Fortnite add bots to the game or not? The answer is yes. You may not that Epic Games really added the bots to the game, but the fact cannot be denied. In Fortnite Chapter 2, definitely you can be playing against bots. On the other hand, it means that non-human players exist on the game. However, the bot will give you an opportunity for many new players to improve their play. Besides, the bots will work together with the new matchmaking system. Need to know that the new matchmaking system is the skill-based matchmaking (SBMM) that is also introduced in patch v10.40.

Even though, adding the bots to the game gives rise to the highly controversial among the Fortnite players. But, Epic Games confirmed that those artificial intelligence bots will behave as like a normally human players. Indeed, the bots will help to provide a better path for players to grow in skill. So, it is no wonder if Bots will work in conjunction with new matchmaking system and will make your skill improves growing up.

If you are as the best-competitive player, you do not be worried, because the bots mode will not be available in the competitive game mode. It means that the bots will appear in the popular and general Battle Royale modes such as solo, duos and squads. Note: the bots are just available for news Fortnite players or noobs to give them chance to explore the game as wide as possible to be the best-competitive player later. So, this feature can be a compliment for Fortnite in which the developer has built it for noobs to be a competitive player. This is what makes Fortnite different from other online-game platforms.

Although many competitive players confort the presence of bots, but once Epic Games just added the bots to help the new players in learning and exploring the game on Fortnite. Well, if you are as a new player of Fortnite, you are not wrong to play with bots to increase your skill on Fortnite.