Each of Lightsaber is dealing the same amount of damage. You are also able to block, which stops around 30 bullets before being thrust back and not being able to block anymore for a three second period. 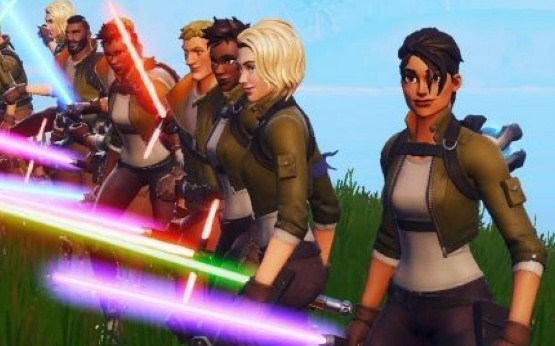 Did Fortnite remove Lightsabers? Lightsabers were removed by Epic Games. the discontinuation of the weapons was because the Fortnite Winterfest event has come to an end. The removal of this iconic Star Wars weapon was a happy news for most as a lot of players of Fortnite Battle Royale were annoyed with them being OP and having overstayed their welcome.

However, Lightsabers have returned to the Fortnite Battle Royale for the Star Wars Day on May 4th and will be available for a limited time. The official Twitter account of Fortnite have announced that the weapons have been added back to the game in time for Star Wars Day, which takes place on May 4th. They added that they feel like a Jedi as the iconic weapons have returned for a limited time. Every player is able to drop in the game and show off their skills now.

When will Epic Games remove the Lightsabers for the second time? The developer of Fortnite did not state exactly when the weapons would be removed from the game, but according to leaks, they will be available until the 6th of May. The thing appears as though the achievements you could gain for using the Lightsabers when they were originally released have been reactivated and it could be possible to gain them again, but it has not been confirmed as yet.It is the same for the Star Wars challenges, even though a few of them are now impossible to do due to items being removed and not being able to attend the event.

What do you think about the comaback of Lightsabers? Are you included in the groups who love the these weapons or are you counted as people who want them to get rigged again really soon? For the newest update of Lightsabers, please follow the official social media of Epic Games.