Skip to content
Homepage / Guides / Do You Need Xbox Live to Play Fortnite?

Being that the game is 100% free to play for all users on Xbox One (at least Fortnite Battle Royale), a lot of users are wondering do you need Xbox Live in order to play Fortnite Battle Royale? It is such a good question as it can decide whether or not players will have to purchase teh yearly or monthly membership to jump online.

On PlayStation 4, for instance, all the players are able to enjoy free to play games and MMO’s like Smite and Final Fantasy XIV without ever paying a dime for PlayStation Plus, that is the direct answer of Sony to Xbox Live Gold. With that sort of reasoning, everything would certainly make sense. So, do players actually need Xbox Live to play Fortnite Battle Royale? 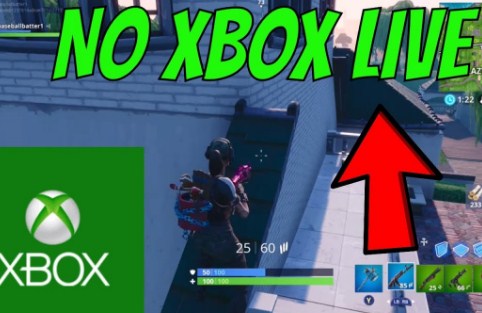 The answer to the question do you need Xbox Live to play Fortnite Battle Royale is frustrating one given that it is the only platform thus far that needs a subscription to play online. Xbox locks the online multiplayer content behind Xbox Live Gold. Apparently, there are two tiers to Xbox Live. the first one is free and the second one is gold. For those who are looking to play online, you are going to need to pay for that gold membership. There are some other upgrades available, including the Game Pass and Ultimate, but if you only want to go online to play with friends, Xbox Live Gold is the cheapest option.

For your information, Sony does the same thing with its PlayStation 4 console. PlayStation Plus is known as the Sony version of Xbox Live without extra tiers. This one is priced roughly the same and with the option to be billed monthly, every three months, and yearly. For those who want to play online, you need to pay at least a monthly fee to do so.