Epic Games Launcher is the known as the app that allows you to run games developed by Epic Games like Fortnite. A lot of users are complaining about not being able to open the launcher. Since this one is your gateaway to playing games like Fortnite, it can be really problematic. The main issue is that your launcher will not launch. In some cases, users are not seeing anything whereas some of them are seeing the launcher launch for a short amount of time and then it goes back to its start screen.

There are several things that can cause Epic Games Launcher won’t launch. The first one is error state or servers. It is quite common to see the app get stuck for no reason. Actually, there is no specific answer for why this thing happens but the most likely due to the apps do not start properly and all they need is a simple reboot. Some other causes are Epic Games servers and antivirus. 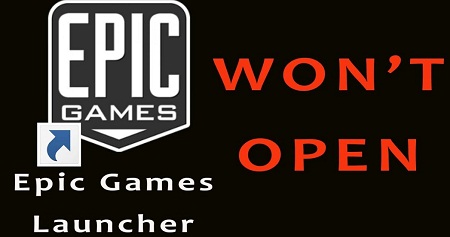 Before performing these steps in methods listed below, you are recommended to try to open the launcher and wait for a while especially if there is a new Fortnite update coming in. In many cases, the issue was with the servers and users were able to successfully launch the launcher after a few minutes. Some of them had to wait at least 30 minutes before their launcher automatically signed in.

If after trying the method mentioned above the issue is still there, then you can try these following methods.

As stated before, sometime, there is no particular reason of the misbehave of the app. A simple reboot can fix this kind of thing. Some users found that ending the launcher task through Task Manager and restarting the launcher fixed the issue for them. Here is everything that should be done. First, hold CTRL, SHIFT, and Esc keys to open the Task Manager. Second, locate the Epic Games Launcher app from the process list and choose it. Third, click End Task. Fourth, close the Task Manager. After that, restart the launcher and everything should work properly.