The developer of Fortnite called Epic Games are looking into the problem players are running into with the red styles for the Pixel Pilot glider and Cosmic Cleavers pickaxe not unlocking upon unlocking the red style or variant for the Eternal Voyager skin.

The end of Fortnite Season 10 or X is almost over with Season 11 expected to start after the season 10 live rocket launch event on Sunday, October 13th. All the players have until 2 PM on Sunday to complete the Overtime Out of Time challenges. 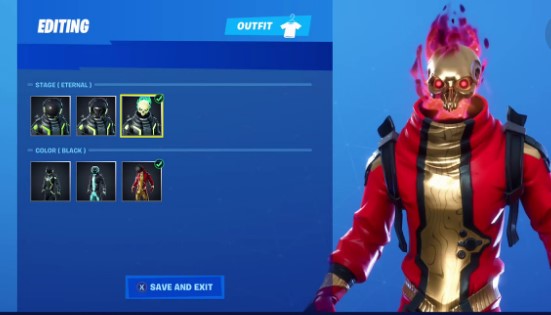 >All the players who have completed the 5 challenges are reporting that the red style or the red variant for the Pixel Pilot glider and Cosmic Cleavers pickaxe is not unlocking. A player of the game called Fortnite posted the problem on the platform named Reddit and got a reply from the Epic Games stating that they are working on a fix to grant the red variant or style for the Eternal Voyager harvesting tool and glider.

Eternal Voyager is the name of the Epic Games skin from the Space Explorers set. This one was available through the Battle Pass during Season 10 and could be unlocked at Tier 87. This skin is like an alien creature that seems to have taken the place of an astronaut. The skul style of him has an exposed skull with a flaming aurora surrounding it as a reference to Ghost Rider, and all his styles has features the suit of an astronaut. He might look like an evil, dark killer who haunts and harvests souls, as seen from most loading screens.

The Season X Battle Pass is made up of seven skins or outfits. All of them are remixed versions from the old Battle Passes. For those who do not have any slightly idea, Eternal Voyager is the remixed version of Dark Voyager from Season 3.

There are three different selectable styles and four clothing color variations for Eternal Voyager. All of them may be unlocked by completing the Level Headed Challenges, Prestige Missions and Overtime Challenges.

For details information about Eternal Voyager and the red style of it, do not forget to visit the official website of Epic Games.