Far Out Man is an Epic-rarity Outfit in Fortnite: Battle Royale. If you want to get it, you are able to get it from the Item Shop for 1,500 V-Bucks. For your information, his female counterpart is Dreamflower. Now, you may come to this page to find out the information related Far Out Man, just continue to reading this entire article as here we are going to talk about that. 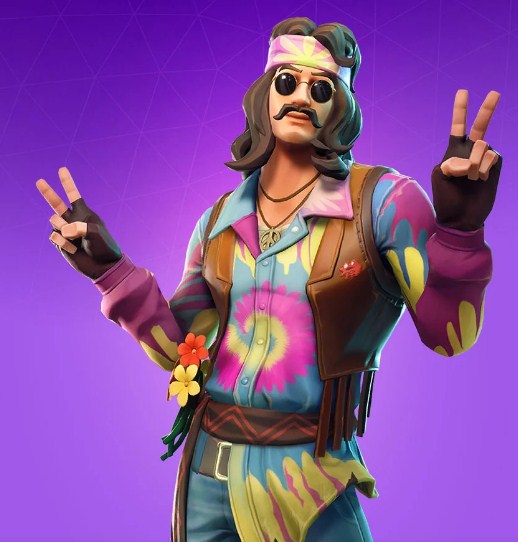 You have to know that Far Out Man is the male version of the two hippie skins which are being released, while Dreamflower is the female version. This Far Out Man describes a tie-dye wearing man with longhair and a bandanna modeled in 1960s era clothing. If you were unaware, the name “Far Out Man” is a reference to the common hippie saying “far out” that meant “cool” at the time. Commonly, Far Out Man referenced in the media if there is a stereotypical hippie character. Besides, this Far Out Man also referenced if an older person is wanting to appear to be hip.

This epic outfit is part of the Flower Power set. Purchasing the outfit also grants you an epic back bling named Summer Strummer.

There are other cosmetics item in the Flower Power set, you are able to check the list below to see which items are included.