Talking about people who are popular because of Fortnite, have you ever heard about Aaron Fraser Nash? Some of you may be familiar with him but some others may not have idea about this guy. Well, Aaron Fraser Nash is a Youtuber and he makes videos about Fortnite parody on Youtube. If you see in the description of his channel, it is known that he joined Youtube on July 30th, 2009 and until now the total views of his videos are more than 414 million times of views. Still in the description, he wrote that he was born to create. He loves rapping, singing, editing, producing, designing and trying to be funny. 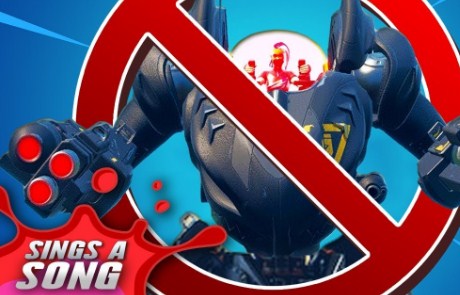 Actually, he does not upload the song or parody song of Fortnite but also other things like Joker movie, Pugsley Addams, Terminator and many more. If you want to know the songs of Fortnite that can be found on his Youtube channel, here they are:

There are still more videos of Fortnite songs or song parody that you are able to find in his Youtube channel, just visit his channel to see more.

Now, he has more than 1.27 subscribers and this is an amazing number. It means that a lot of people like his Youtube contents and even his video entitled Pennywise Plays Fortnite Song (Spooky Halloween Parody) has been watched more than 3.8 million times. If you need an entertainment related to Fortnite, you can try to watch his videos.