If you have been playing Battle Royale games in the newly released Chapter 2 of Fortnite, you may have noticed some really horrible players. In the past, the streamers have called those people “bots” but in Chapter 2 that is a factual statement, and not only an insult.

Based on the research, Epic Games announced the addition of bots some weeks ahead of the actual release of Chapter 2, so you may have forgotten about their plans. Since Epic Games did not release Patch Notes with the release of what is essentially Season 11, you may not have known officially that bots are now in the game. 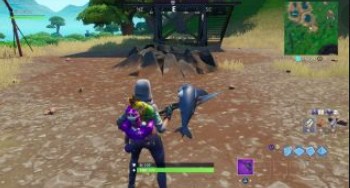 So, in case you are curious, here is why Epic Games added bots in Fortnite. Are there bots in Fortnite Chapter 2? Yes, of course. Some weeks ahead of the release, Epic Games said that in the next Season, they are adding Bots for Fortnite. Bots are going to behave similarly to normal players. Besidesd, bots are going to help provide a better path for the players to grow in skill. Even, Bots are going to work in conjunction with the new matchmaking system, and then as your skill improves, so you are going to get fewer Bots. You have to know that Bots will not be present in Competitive playlists. This is another system that Epic games will continue to iterate and update.

After Epic Games announced this, the gamers had questions about the new bots, that developers answered. As explained above, bots will not be in Competitive games. The bots will also not be in Creative mode. Besides, you also can not party up with bots. By the way, are the Fortnite bots any good? Of course, no.

The Developers said bots can not use the vehicles and can not do 90s as of now. But long term we are looking to see how far we are able to push our bots. If you have played any games so far, you may have noticed that the bots are not good at picking fights, either. We get information that there is a Reddit user uploaded a video of themselves finding a bot who saw the user, and proceeded to farm materials rather than shoot their weapon.

What is next for bots in Fortnite? As we said before, it sounds like developers are working on creating bots better in the future. They are a new addition right now, and like with any new addition, the progress is going to be made as the season advances. And it is probably a good thing the bots are as bad as they are. It is better to face a bad bot than an extremely talented one you cannot beat. It would be nice if they were a little more aware of their surroundings. The videos where the user is right next to them and the bot does not fight seem ridiculous. So, just get your easy elims in now while the bots are trash.