Ghost Aydan is known as a professional player of Fortnite and is currently signed with gaming organization called Ghost Gaming, making up an array of gifted Fortnite players that compete in the competitive gaming scheme.

With more than $150,000 in tournaments earnings, Aydan from Ghost Gaming is one of the most consistent performers from the NA West region, but has not been without his moments being in the esports news, most recently having a secondary account banned from Fortnite for smurfing in arena modes, targeting players of a lower skill level. 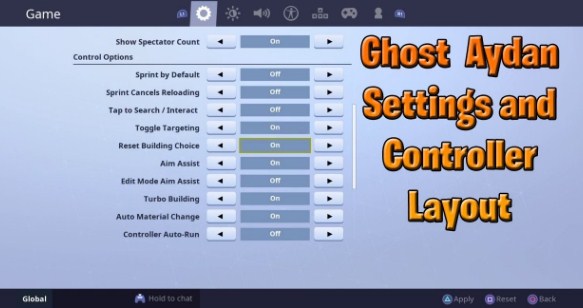 Fortnite is always changing with every new update that Epic Games comes out with. Do not forget to adjust your settings and play style with the current meta and weapons available in each new season.