On September 21, 2019, Epic Games finally revealed the trailer of Fortnite crossover with Batman that it has been teasing the past few days with Batarangs in Titled Town and a Catwoman skin. As everyone would expect, the players of PC, Playstation 4, Xbox One, Nintendo Switch, and mobile awoke early across the United States to catch the unveiling.

Apparently, there was so much hype for the crossover that 30 minutes before the Fortnite Batman trailer is out there was more than 30,000 people tuned in just on Youtube alone. And as you are able to see on the new trailer, this one not most expensive crossover the game has featured, in fact it seems mostly limited to cosmetic items other than Gotham City being added to the map. 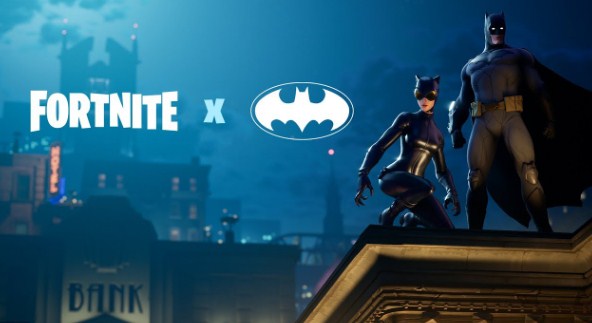 As you probably know, Fortnite X Batman is not the first superhero crossover of Fortnite. However, it is the first crossover with DC Comics and one of the most notable crossovers to date. In the past, Fortnite has collaborated with Marvel and Avengers twice. In addition, some other big previous collaborations include Stranger Things, Fifa World Cup, and John Wick. Although Fortnite X Batman is not the first mega crossover of Fortnite, it is a pretty big deal and has been generating extra buzz for the game as players look forward to Batman, Catwoman, and many more.

At first, it looked like IT: Chapter Two was going to be the next crossover of the game after red balloons suddenly populated the game and a Pennywise-esq laugh was found in the files of the game, however, it shows up this was nothing more than Easter Eggs. Because if there was going to be an IT: Chapter Two crossover, it would release now, except it is not, Batman is coming now.

The release of the Fortnite Batman trailer was on the Batman Day. This one shows Batman and Catwoman gliding through Gotham City. Even though the trailer is just 25 seconds long, it does reveal two new Batman skins and weapons.

The developer of Fortnite known as Epic Games confirmed speculations by announcing a new Fortnite collaboration with the Caped Crusader in celebration of the 80th anniversary of Batman. The details have not been explained but data miners already found a lot of Batman related items added in the latest update of the game, including skins, a Batcape glider, and some emotes. They will also be offering six Batman games for free on the official store of Epic Games, such as the remastered Arkham Asylum, Arkham City, and Arkham Knight, as well as three Lego Batman titles. Please follow Epic Games accounts for more information about all the things.

The game called Fortnite is available for PC, PlayStation, Xbox One, Nintendo Swicth, and mobile devices. At the time of publishing, there has been no word of next gen PS5 or Xbox Scarlett ports. Furthermore, there is still no word of the game coming to Apple Arcade or Google Stadia.