You probably dream of being able to have split screen when you are playing Fortnite games. Well now, this is not a dream anymore because now you are able to do that on Xbox One and PS4. How to do that? Let’s find out this important information in the next paragraphs.

Now, this split screen is available on Xbox One and PS4 and this is not an option for Nintendo Switch, Mobile or PC gamers for now. So, by this split screen, you are able to play duos and squads with a friend on the same PlayStation 4 or Xbox One. Is it fun, right? 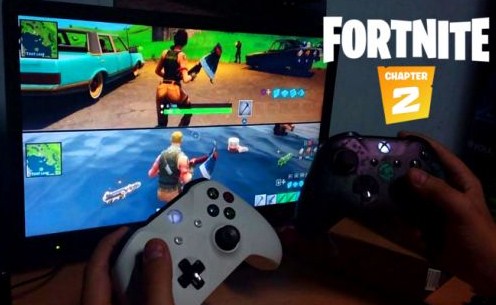 How to Play Fortnite Using This Split Screen?

As mentioned earlier that for now this feature is only able to be done on Xbox One and PS4. So, if you have one of these devices, you are able to play Fortnite together with your friend in the same PS4 or Xbox One. It means that you will share your TV screen with a friend while you are playing Duos and Squads. And this will be more fun if you use a bigger TV.

The next step that you have to do is choosing the account that you want to log in as, like you usually do on the start screen. After that, you will have to connect the second controller and then choose to log the second player in by holding down a button on the gamepad. As an instance, the option will be found on the bottom line of the screen on PS4 and it will prompt you to hold the X button.

If the second player join the lobby, you are able to switch control of the menu screen between the two accounts. It will permit for players to be able to change their skin, view replays and check out the stats screen. Now, Fortnite Split Screen is available in beta which means that it is not supported in Creative Mode or LTMs.

We can see that this Split Screen is still limited but probably in the future Epic Games will expand it. You are able to watch the advertisement of this Split Screen on Youtube and the videos which can be watched in the Fortnite Youtube channel and the title of the video is Introducing Split Screen which was uploaded on December 20th, 2019. In the Xbox channel and IGN channel, this video can also be watched.

If you want to watch some videos about tutorial how to set this Split Screen on your PS4 and Xbox, you are able to watch these videos on Youtube: