Fortnite’s black hole was over but this event evidently gave the influential effect to Fortnite. What is it? There is an issue hitting Fortnite where the game was down for two days after the entire Fortnite Universe was smashed into the black hole.

Is Fortnite down because of black hole?

Fortnite was out of play, or down, since last night after the End event series was over. The reason is the ‘black hole’ event which was held by the game made by Epic Games. A number of users complained about this on Twitter, and called the game unplayable. Users can only see a black screen with a blue circle in the middle of the screen when opening the game. 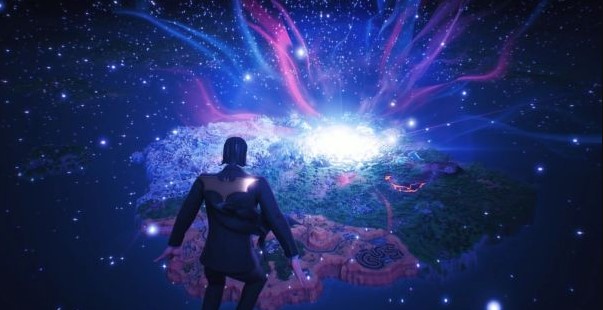 Some gamers believe that when this game can be played again, the game will be updated to the latest version complete with a new map. Some of them also think that Epic Games is maintaining and adding some new gorgeous features to the game. Here, we see that Epic Games has planned to temporarily suspend Fortnite by holding a black hole event as End event series.

As the name of the game’s event titled End, it surely can be a very great way for Epic games to give surprise to the players that Fortnite will temporarily end for a while. Given the black hole is a place in a space which can absorb anything closer with. That’s why Epic Games stopped the Fortnite game for a while and just showed a lagging black hole screen when the players tried opening the game.

How do the Fortnite players respond to it?

Yeah… a Black Hole appears at the end of the 10th game season causing the entire Fortnite universe to be sucked into it. Until finally, the Black Hole only left a circular bluish light.

The series of Fortnite events “The End” in the Season 10  ended last Sunday on October 13, 2020. The players have also expected a disaster that will destroy the entire Fortnite universe before welcoming the new season.

Various official Fortnite accounts such as Instagram and YouTube also display black-dominated content. This all-black appearance has also infected a number of other places such as websites, forums and others. Even the official Fortnite Twitter account doesn’t currently display any tweets, which seems to have been intentionally deleted for this event. Including Trello, who is usually used to monitor problems in Fortnite, went dark too.

Previously, it was reported that Fortnite would have a new map, although it was not clear how many updates Epic Games made for its popular game. For certainty, we have to wait until they turn on the battle royale genre game again.

How did a black hole happen in Fortnite?

An occurrence began with the launch of a rocket into outer space, unexpectedly causing an explosion that made the sky look as if it was cracked. Not long after, rockets appeared which caused another explosion. The atmosphere is getting tense when a giant meteor is sucked into a crack caused by the rockets.

After the incident, things calmed down for a few moments. Then, surprisingly appeared a rocket with a red laser that hit the ground. This incident made the players immediately thrown towards the sky. Then, suddenly a meteor fell which made a big explosion.

Unexpectedly, the explosion created a Black Hole that sucked everything around him. After successfully absorbing everything in the Fortnite universe, the Black Hole only left darkness with a bluish light.

Interestingly, Epic Games also removed all content on Fortnite’s official Twitter account after the Black Hole disaster occurred. Now, Epic games only feature a live-stream showing the current state of the Black Hole through the Twitch, Mixer and Youtube platforms.

Unfortunately, Epic Games has yet to announce what surprises they will bring in this 11th season of play. What’s more, this is the first time a change of this size has occurred in Fortnite.

Why did Epic Games hold the black hole event?

Of course, there is a lot of speculation that this is actually just a drama made by Fortnite in order to enter its new season. As a result, some players believe Fortnite may not be “wiping” their own game. Reportedly, the game’s latest season, season 11, or as many call it the 2nd round, will come with a number of significant updates.

Some of them are the latest game elements and maps or maps with a different feel from the previous season. More, the Fortnite new island looks savage and wilder with a numerous of mountains, forests and also lakes to explore, however much fewer cities of urban locales.

It may be different but the abundance of the green will remind us long-time players of the early days of Fortnite. It will change as the battle royale island to continually evolve through updates and new seasons. The familiar flying battle bus is still available to carry you into the battle.

What’s new in Fortnite after the black hole?

The ‘End’ Fortnite event is the conclusion of the game’s 10th season. As a cover, The End itself was released at the end of the 10th season. This event started on October 13, 2019 at 2 PM ET which is similar to the Final Showdown.

The black hole event definitely surprised all fans by deleting the entire game. And now, Fortnite Battle Royale is officially back in operation through Chapter 2, which brings many new things. Here they are:

Drop into a new world: The most obvious feature is the presence of a new map, which will become a new battleground for players. Apart from featuring a variety of familiar locations (with a new look) such as Salty Springs and Pleasant Park, there are also a number of new areas available.

New water gameplay: Now, the players can find more interesting activities in the water area. Mainly swimming, which will add a new strategy to the game.

Support your squad: Playing with friends feels even more exciting in Chapter 2, thanks to the presence of various new features.

More fun, less grind: With XP, players can increase their level through multiple ways in order to do any activities within.