The Fortnite event called The End currently has players sitting and watching a black hole, with a lot of people led to think that this event started Sunday would come to an end in the early hours of Tuesday. Some people have used this time to create troll videos of the black hole, whereas some other ones have turned to making and looking at memes in order to help pass the time.

Those Fortnite black hole memes, as they often do, quickly took over the internet, appearing on all forms of social media such as Twitter and Facebook. A ton was made of the black hole itself, while others used the old and the popular formats to address the buzz around the newest Fortnite event. There are clearly some good memes out there, but there are also some that are a bit lackluster. 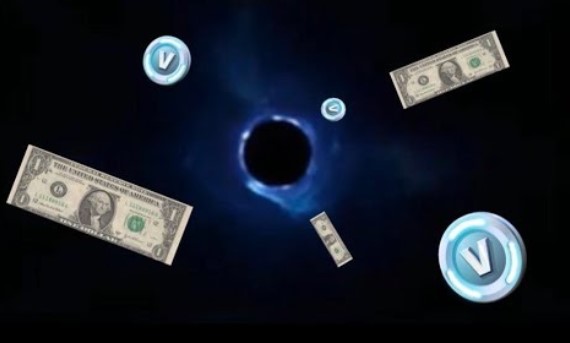 Someone plays on the idea of the Fortnite Killer, the name given too but quickly dismissed for each battle royale title to launch after the game by Epic Games takes on the genre. After dismissing Call of Duty: Blackout and Apex Legends, it displays the image of the famous line of Thanos I’ll do it myself in reference to ending Fortnite. Another player on the old viral meme of Elon Musk purchasing the game in order to end it.

One of the popular Fortnite players called Nicks wrote on Twitter about hours 6 of the Fortnite black hole, people are losing minds. The other video game streamers and the players of Fortnite were just sad to be missing out on their beloved game. Avery said that he woke up and just stared at the black hole because life is meaningless without this game. He added that Fortnite is love and Fortnite is life. A player (Svennoss) was pleased with the break because he was able to fall in love with his dog all over again. Tyler Blevins or Ninja, a Time 100 alumnus and one of the most visible ones of the gaming community, had to get in on the fun, too. He uploaded a gif about a man looking confused with formulas, indicating he was also as confused as the man on the gif he uploaded.

Of course, there are some other things the players of the game are able to do beyond sitting around and watching the black hole or looking at related memes. There is a Fortnite mini-game accessed by the Konami Code players are able to check out while they wait, there is always the possibility of playing another game or going somewhere, and there has even been a leak from the upcoming Fortnite Chapter 2.

The last one is worth checking out, as it shows a bit of the new battle royale island, some of the new skins, and a few surprising new mechanics. The trailer leak of the Fortnite Chapter 2 seems like it is the beginning of the new world, literally and figuratively, for the franchise.