This Fortnite black hole guide is keeping track of everything going on with the mini-game, numbers, and what is going after The End event took place. There are a lot of questions and information going around, so here is what you need to know.

Fortnite black hole was where the players ended up after The End event. This one was likely a way for Epic Games to hide their server maintenance while they get ready to push the brand-new season of the game. According to the leaks, there would be a new map. 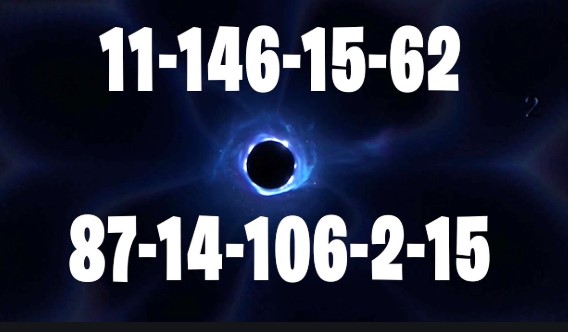 A leak said that it looked to be possible that The End event would last until October 15th, 2019 at 6AM EST. This information was able to be found in the source code of the official website of Fortnite (Epic Games). The date was showing October 17th as the possible end date. It was unclear if this was actually pointing to a real end time or not. It was hard to believe that Epic Games would have Fortnite shutdown for that long.

The entire game of Fortnite had been sucked into what appeared to be a black hole. Across all the social media accounts of Fortnite by Epic Games and the official website was showing video of the anomaly. What did that all mean? People believed that Epic Games was covering up the server downtime that is pretty standard for when the game was updated for the next battle pass. The server was down for hours.

What did the numbers mean? Some numbers started to show up on the screen periodically. Here is the list of the numbers:

The possible meaning of the numbers is able to be extracted if you take every number and assign them a word from the transcript of the Visitor tapes, you will get the following message:

I was not alone.

Others were outside the loop.

This was not calculated.

The nothing is now inevitable.

Some people were worried about their V-Bucks and their cosmetics. However, there was zero chance that Fortnite was going away. All Fortnite accounts and all of the cosmetics and V-Bucks were all safe. A Twitter account named AskPlayStation confirmed that the inventory items and V-Bucks are secure during the Fortnite Blackout. Both Nintendo and Sony also confirmed that the in-game purchases and the in-game money are safe. They stated that black holes have their limits.

If one day there is a blackout or the event called The End again, please do not worry as you already know that it is nothing and harmless to your belongings. Blackout could possibly Epic still has to work out bugs with the next content and add whatever they have the intestinal fortitude to troll the audience for the long time and lose money in the process. If this happens, you could just play another game or do something.