The Black Widow skin is coming back to Fortnite as the part of the knockout series. The Knockout Series here will continue this week with a $ 1 million dollar prize pool that can be obtained in the finals at the end of this month.

Early last month, Epic Games had already held a special tournament for Marvel characters, namely the Dare Devil Cup, and not long after that, the second was the Ghost Rider Cup. At the tournament, gamers not only compete, but also have the opportunity to get exclusive Marvel skins before they can buy them at the item shop.

For the next, Epic Games will present two more tournaments before holding the $ 1 million Marvel Knockout Super Series Super Cup. The developer has given a striking clue about who the next character is. 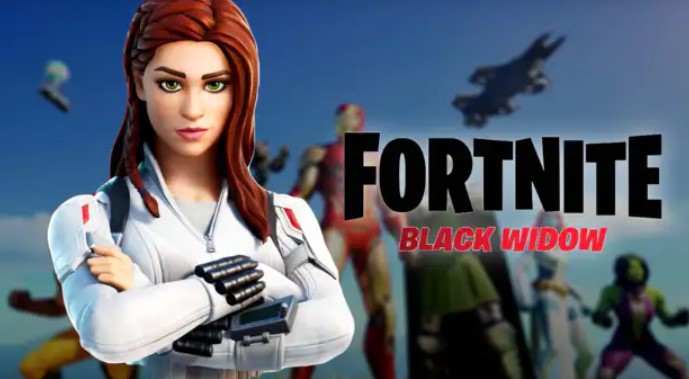 Coming back in 2020, how gorgeous the Black Widow skin is!

Any big fan of Marvel Comics will recognize the hints posted by the Fortnite Twitter account. Even though they only post silhouettes, pictures and emojis, it is clear that the next Marvel Knockout series is The Black Widow Cup.

The tournament will be a bit different as Epic Games plans to use the dous format (replacing the trio format) for the remaining Knockout Series tournaments. Of course players will still have to wait for more details from the developer soon, but parts of the structure should remain the same.

This is not the first time that  players have seen the Black Widow character in the game. She first appeared in April 2019 for 1,500 V-Bucks, wearing the famous black emblem and suit. However, this character is well- known for his martial arts skills which has not appeared in the item shop since May 2019.

Many fans are wondering and imagining the new design of the character with the real name Natasha Romanoff later, as the famous Fortnite leaker, HYPEX, also doesn’t know about it. But HYPEX and many fans believe the costume will match that of actress Scarlett Johanson, who played the character in the Marvel Cinematic Universe, as well as in her unreleased solo film.

Now, the Black Widow predictably comes with pure-white costume the opposite of the previous Black Widow outfit. She is still in a military hero outfit with a new braided-hair style. So, let’s wait for the next news about the new Black Widow skin!

You also have to know for the previous Black Widow skin which was released on April 25, 2019 and was available 555 days ago. In fact, the Black Widow is a part of Marvel skin from the AVengers set. Need to know, the Black Widow skin is the first Marvel skin which has been released in Fortnite to celebrate the Avengers: End Game movie. She also comes with the Widow’s Pack Back Bling, Widow’s Pirouette Emote and Widow’s Bite Pickaxe.

Here are the detail information of the Black Widow skin

The sale history of the Black Widow skin

About the Black Widow Cup

In this year, you definitely will have a chance to get the new Black Widow skin by participating in the Black Widow Cup. We guess that many Fortnite fans really want to get this skin as this skin precisely comes with a new white outfit which is more elegant to look at. The Black Widow Cup takes place today, on November 11, 2020.

Don’t waste your time! Choose your partner and get together enough the victories, you automatically will have a chance to get the new Black Widow skin and the back bling included before it comes to the Fortnite Item Shop.

Well, to get a new Black Widow skin, the players should place top 1-800. If you reach the point at least having an opportunity to get the Black Widow skin is bigger. Many Fortnite data-miners leaks that the Black Widow skin may be hard to get. The good news, it probably will not be an exclusive item for long. However, you definitely can get this skin after it hits the Fortnite Item Shop. Generally, the rewarded skin in Fortnite tournament or challenges will be available soon in Fortnite Item Shop. So, just wait for it, Dude!

Here is the scoring system for Black Widow Cup: