Skip to content
Homepage / Guides / Fortnite Boss Locations: Where and How to Deal Damage to Bosses

In Fortnite, the new challenges are always released every week. For week 1 and 2, there were 20 challenges to complete. The first set of the challenges for TNTina’s Trial have been released for week 3. One of the challenges in the Fortnite Chapter 2 season 2 in the week 3 is that you have to be able to deal damage to bosses. Who are the bosses? Where and how can we face them? We are going to reveal it here.

Who Are The Bosses and How to Deal Damage to Them?

Bosses were actually added at the beginning of the season together with Henchmen and all of them can be found in the location which is the same. There are five Bosses that you have to find in Fortnite and those are as listed below. 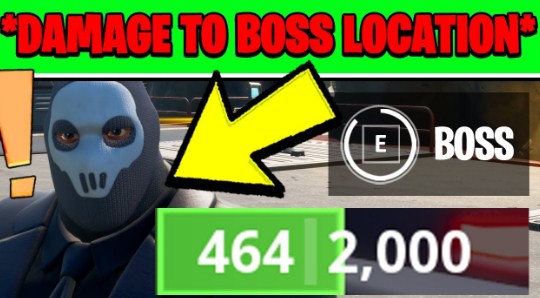 If you want to be able to complete this challenge, you will have to deal 500 damage. A Boss can be found in each of the new named POIs and there are Henchmen which are also in the similar location. It is important for you to note that Henchmen will attack you on sight. So, you need to disguise yourself in the Phone Booths first and then you are able to find the Boss.

How to Find the Bosses? As mentioned previously that there are five bosses. So, here are the locations that you can access to find the bosses.

After you know the locations of the bosses, now you are able to start to find them and deal 500 damage.