The box fight owned by Percy has some quick features. All of them include subtle countdown sounds, stairs on the top of the roof, 5 second grace period, optimized for FPS, and 11,000 out of 100,000 memory. 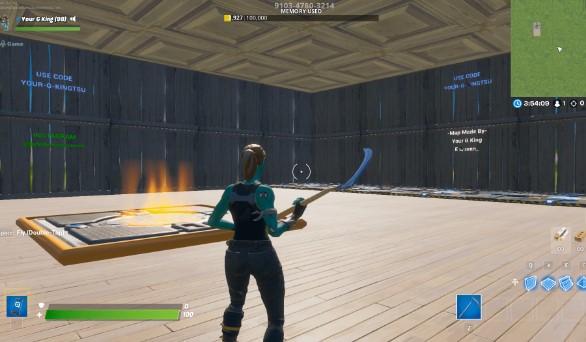 Percy said that his box fight map has zero bugs in the map. However, the thing remains to be seen. Even though the build battles still happen, it is not as frequently as they did in the past. For those who are interested in the box fight map Fortnite by Percy, the code of the map is 7897-5746-6507. Remember that you will have to jump in and try the map before you are able to dub it bug free. Apparently, almost all of the creative maps that the players have tried in Chapter 2 have a few bugs in them. The fault is not on the creator but it is on the Creative Mode itself.

How do you play the box fight map Fortnite created by Percy? Before starting the game, the first thing that should be done is to choose your teams through the game menu. Then, select what arena you want to play and switch to the appropriate team. Once all the teams have been sorted out, hit the Start button and enjoy the game.

As mentioned before, the box fight map by Percy is interesting. It is able to scale with the number of players that you have. In addition, you are able to play small 1v1 or 2v2 maps or opt for the bigger 3v3 and 4v4 options. A lot of people think that the best feature might be the zone in the 3v3 and 4v4 map. The good news is that you will not be force to box up in the corner, which provides a more realistic in game simulator for the small zone box fighting.

Fortnite box fighting maps have become one of the amazing things to practice in Fortnite. There are several maps out there, but some of them seem to struggle from bugs that usually ask the players to double tap the keybinds if they want to build, edit, or reload.

If you want to get more codes of box fight map that are worth your time, you can visit a site named Creative Maps. This one is known as the name of the family friendly community when you are able to share and browse a large collection of many high quality Fortnite island codes made by the members.