One creator of Fortnite has developed the innovative Fortnite box fighting map. This one promises zero bugs. Fortnite box fighting has become the meta in Fortnite. actually, build battles still happen, but not as frequently as they did in the past seasons. There are not any items that save you from fall damage this chapter, that makes cranking a risky proposition.

Practicing the high ground retakes and build the battle strategy is still useful, but that is not as practical as Fortnite box fighting. You are able to guarantee a few box fights in a given competitive match, where the build battles have become a bit rarer. If a player cranks 90’s on top of you, challenging them probably is not best decision. A lot of players box up and wait for the opponent to com to them. 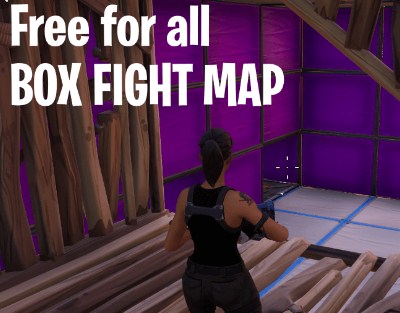 Since this is the case, Fortnite box fighting maps have become one of the great ways to practice in the game called Fortnite. There are multiple maps out there, but all of them seem to suffer from bugs that force you to double tap the keybinds if you want to build, edit, or reload.

A Fortnite Creative map builder called Percy has come out with his first box fighting map of Fortnite Chapter 2. The man promises zero bugs in the map, that remains to be seen. The code of the map is 7897-5746-6507. You will have to jump in and try the map before you are able to dub it bug free. Almost all of the creative maps that the players have tried in Chapter 2 have a few bugs in them. It seems like it is not the fault of the creator but a problem with the Creative Mode itself.

This is the interesting Fortnite box fighting map that scales with the number of players that you have. You are able to play small 1v1 or 2v2 maps or opt for the bigger 3v3 and 4v4 options. Some people believe that the best feature might be the zone in the 3v3 and 4v4 map. You will not be force to box up in the corner, that provides a more realistic in game simulator for the small zone box fighting.