Swatting is so dangerous. Do you know? Certainly, not all people really understand why swatting is dangerous for anyone’s life. Moreover, the swatting action often happens to many popular public figures including artists, musicians and even streamers.

In fact, Swatting is a bad term related to a criminal harassment way in which someone reports a false emergency to get authorities. Furthermore, the term swatting itself refers to when someone contacts the police using a fake name and address and asks to send the police to the victim’s home address. 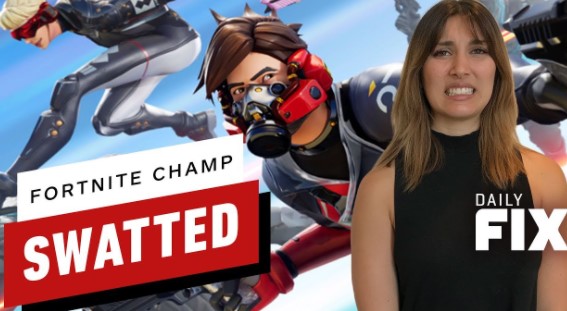 So, who was swatting in Fortnite?

After winning the Fortnite World Cup, the name Kyle “Bugha” Giersdorf immediately took off. This 16 year old teenager has been in the public spotlight since his victory. His current fame also had a bad impact on Kyle’s life.

A recent case happened to him and made him so stressful. Recently, a SWAT team raided Bugha’s house while he was streaming on Twitch. After a few minutes, he finally returned and confirmed to his audience that currently SWAT teams were visiting his residence.

It is known from Bugha’s revelation that they were fully armed and ready for an ambush. However, this situation was resolved immediately thanks to a policeman who lived close to Bugha. Luckily, the police recognized him and immediately secured the condition of the ambush.

Evidently, the SWAT team came to his house because of a report that he had killed his father and tied his mother in the garage. In fact, there is no criminal case that happens in Bugha house. Then, his lovely parents are still in good condition.

However, this turned out to be a case known as “swatting”. There is someone who spreads hoax news to the police and gives the location where Kyle lives. Of course, this is a commonly illegal and so dangerous case that often happens in the United States.

In Bugha’s case, the big problem is that the police cannot immediately confirm that the phone call is true or false. Then a SWAT team was sent as a prevention and ambush based on information from the caller.

In fact, this swatting incident is indeed common in America. Previously, celebrities had also experienced the same case with Kyle, namely Ashton Kutcher and Justin Bieber.

Of course, this case is such as a Bugha’s nightmare. Why?

As we know that Kyle “Bugha” won the solo category and is entitled to a prize of $ 3 million from Epic Games. Unfortunately, the value that he obtained was much reduced. E-sports observers Ryan and Rod Breslau said Bugha only took home a prize of $ 1.5 million or only half of the promised value.

It is because, out of that $ 3 million, there is a Federal government tax that must be paid and it is worth a considerable $ 1.2 million. Then, New York’s regional taxes are $ 265 thousand. Even in his contract with his team, Sentinels, Bugha still had to pay around $ 600 thousand. It means Bugha only received a net prize of $ 900,000, which isn’t bad. But Bugha’s bad luck was not over after SWAT team ambushed him at his house.

Of course, Bugha’s fans hope that this case ends soon.