You probably like playing Fortnite Creative. And now, you want to play it in 2v2 zone wars. If you want to play in a zone war, you need the code for the map. Here, we are going to share to you some codes of zone war maps. 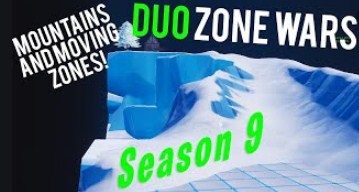 Besides these map codes, you are also able to find the map codes of zone wars in Youtube videos. In the BizzySnyp3z video, he shares the map code of 2v2, 3v3, and 4v4 zone wars and the title of the video is 2v2, 3v3, and 4v4 Zone Wars Map W/ Code. The code that he shares is 0413-0481-6184. SaldrianF1 shares his map code on his Youtube channel named SaldrianF1. The title of his video is Duos Storm Wars Creative Map Code – New Zone Wars. The map code of his map is 0861-4125-8384. You are able to watch these videos and then try to use the code to visit the map.

You can use the code to play Fortnite Creative mode games by starting the Creative server. How to do that? Follow the steps below.