The developer of Fortnite called Epic Games has implemented a makeover for the creative hub of Fortnite, that has lead to this well-known area in the game setting a secret themed makeover in line with the theme of Fornite Season 2 Chapter 2. There are now several vaults in this certain place of the title that has sparked the interest of players. All of them are able to be opened, but only one vault is currently available for the players to do open. However, they must have the valid code in order to open up the first one. The good news is that we have this code covered for you.

Fortnite creative vault code is four digits, and clues referencing each of the digits are able to be found at various locations in the title’s creative hub. The first digit clue is able to be found in the near the screen that has the phrase Prototype Z56 that is able to be seen from the main lobby of the hub. There will be a blue screen that displays # of green crates in storage. If you want to find the solution you have to make the way to the storage room. 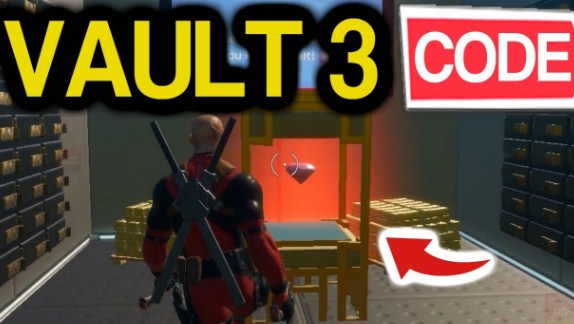 To do it, please go up the stairs to the left of the Prototype W20 monitor and enter the second door on the right. It is inside a vent. You can follow it down and to the left, and you will eventually come to the storage room. You will find that there are 7 creates in the storage room. It means that the first digit of the Fortnite creative vault code is 7.

The next clue is # of starfish. This one is able to be found on a similar blue screen like the clue above was located. Please come out of the vent and office the way you came in, and hope through the open window on your left with the blank monitor next to it. after a short fall, you will come to that screen. Then, head up to the stairs again, and to the left of the helicopter is a hall with a red wall graphic and more offices. It is three and confirms that the second digit is 3. The next clue is # of agents divided by 2. There are 18 beds in total in the creative hub area, so the third digit of the vault code is 9. The last clue is # of pistols displayed. This one is located on the screen on the desk behind the helicopter of the hub. The answer to it is four and reveals that the right code for the first creative vault is 7394. Now, all that you have to do is to go to the winding staircase in the lobby and take a left to where the first creative vault is placed. Then, enter 7 and 3 on the terminals to your left and 94 on the terminals on your right. All of them are marked, so do not worry about putting the digits in the wrong order.