Based on the research, Epic Games have released some bundles or packs for sale in the Fortnite store. In Season 7, Epic Games released the Frozen Legends pack that followed by the Lava Legends bundle in Season 8. In the Last season, the Shadow Rising bundle also was released. All of these bundles or packs include three reskinned skins as well as other cosmetics including back blings and the pickaxes. For your information, in the last season, Shadow Rising bundle was leaked in the v9.30 update, but dataminer iFireMonkey has already found information about this seasons main cosmetic bundle. 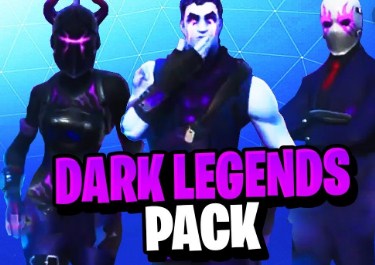 Finally, this seasons cosmetic bundle is going to named as “Dark Legends” and include three skins, one back bling and one pickaxe. But, there is a chance that new cosmetic names are added in the next patch update that will likely be v10.30. Although no images for the Dark Legends bundle have been leaked, we know the name of the cosmetics.

There will be three skins in the bundle. Those are Dark Red Knight, Dark Wild Card and Dark Jonesy. Here, in the text below, we are going to tell more detail about them.

The Dark Axe is labeled as an “Item Shop” cosmetic because it was originally planned for the shop, but was later put into the bundle according to dataminer iFireMonkey. The previously leaked Legend bundle have included three back blings, but as mentioned before, these could be added in the v10.30 update. The name of the pack is not official, so that could change in the next update.

The price of the Dark Legends bundle is going to likely follow the pricing of previous bundles. This is subject to change and we will not know the price until it is officially released.