Epic Games has delayed the next in game live event of Fortnite and the start of the next season of the game due to widespread outrage over the death of George Floyd and ongoing police brutality in response to protests around the country. The event called The Device will now take place on June 15th. As for the next season called Chapter 2 Season 3, it will start on June 17th.

Epic Games said that they are currently aware of the pain of the friends, families, team members, players, and communities are experiencing, as posted in a blog post. They believe in equality and justice, diversity and inclusion, and that those fundamentals are above politics. The team wants to move Fortnite forward, but they need to balance the Season 3 launch with the time for the team to focus on themselves, their families, and their communities. 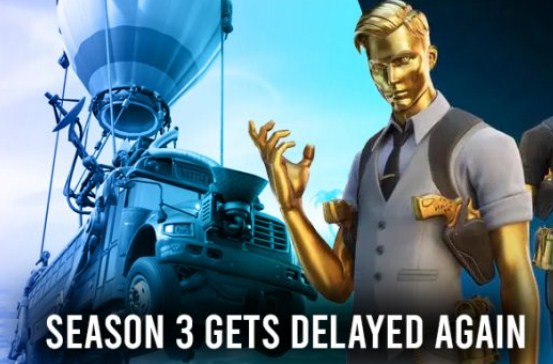 A lot of planned tech and gaming events have been delayed or postponed because of the protests. For your information, Sony postponed a PS5 event planned for June 4th, EA postponed the announcement of Madden 21, and Google postpones the unveiling of the new features coming for Android that had been scheduled for today.

Epic Games have decided to delay the event called The Device and the launch of Season 3 due to the recent injustice in America. Once again, it was supposed to be taking place in Fortnite Battle Royale on Saturday 6th June and the new release date for Season 3 was meant to be on Thursday 11th June.

Before that, Epic Games extended the current season of Fortnite named Chapter 2 Season 2. They have extended the season where necessary and when this first happened, they had introduced the Overtime Challenges, which have been added in the season since.

The new end date for the season was supposed to be start on June 4th, more than a month after the original date. However, it was also pushed once again. Epic Games stated that they would be still be a lot of content still to come for this season. The updates of the new game were in the works, which they have said to deliver the fresh gameplay, new challenges and Bonus XP. Aside from that, the developer also have said that they have more surprised yet to come, but have not explained what those will be.

It is surely a very long time to wait until the new season, however what softens the blow somewhat is that a host of the other updates are coming for the current season. This one includes a lot of game updates, the new gameplay mechanics, and the most important is the new ways to earn XP.