In the game of Fortnite, definitely, you can see that the female visual is really sensitive. Why? In this case, some female skins in Fortnite present a bit of a conventional thing. Of course, it can be a debate among Fortnite players and fans.

The female skins in Fortnite are presented with breast bounce. Of course, it causes some controversy in which the breast bounce in female skin is not unreasonable. This case invites some unwanted things at all.

Certainly, it makes some fans really annoyed with this visual. Then, most of the players do not focus on playing Fortnite because of this visual. This female breast bounce in Fortnite skin is really not feasible to look. 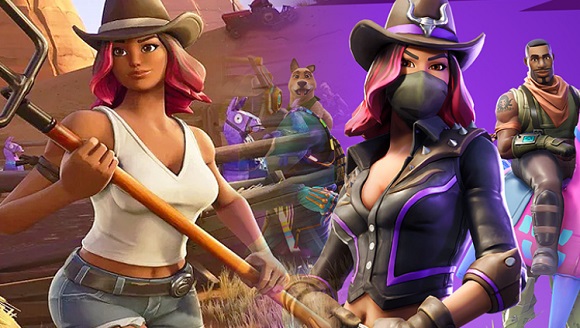 So, what Epic Games have done to solve this issue?

Of course, the Fortnite’s creators have apologized after adding the female skin with breast bounce into the game. They claimed that it was such an intentional thing as the creators created. Besides, the female breast bounce just was presented in Cowboy Girl skin not all female skins.

So, they also emphasize that it is an unintentional, careless and embarrassing mistake that the Fortnite’s creator ever created.

The Epic Games developers are now totally removing the animation on the Cowboy Girl skin called “boob physics”. Of course, Epic Games take the best solution in a bid to appease furious gamers. Unfortunately, not all players are really happy about its decision.

Moreover, some angry players said that the breasts on Cowboy girl skin were jiggling excessively and moving around in an unrealistic way at all.

For months ago, Epic Games officially released its highly anticipated Season 6 update for Fortnite to the players around the world.

In this case, the update included a brand new character skin with a type of virtual outfit and appearance which is called Calamity.

Then, the character in this update comes with a cowboy hat, a white tank top, and denim shorts. But, lots of gamers automatically notice something strange on this female skin. Furthermore, the Calamity’s breasts are moving that does not happen on other Fortnite skins.

So, that’s why many gamers think that this Fortnite skin in the new update is really odd.

In fact, the breast bounce issues make the Fortnite criticized by several parties. Certainly, the issues lead the developers at Epic Games to get the appreciation back by giving an apology to anyone who is really annoyed with the new update of Cowboy girl skin.

For the game designers, creating a virtual character is depending on what they will choose on how much the character can move in the game.

Generally joints and heads will almost be animated, but for the simple graphics in a game, it is totally not worth the time bothering to animate the character’s hair and clothing.

In this case, the breast of the character is also often skipped over too. It is because all animation requires extra development effort. Then, it puts more strain on your computer’s processor.

As the developers at Epic Games claimed that the breast bounce on Cowboy skin is a totally intentional thing that they ever created at all.