Skip to content
Homepage / Guides / Fortnite How to Change Avatar

For those who want to express your individuality and uniqueness then changing the character and using the character that shows off your personality is the best thing to do. When the game was released for the first time in September 2017, there was not any option that allowed you to change costume, instead the character was generated randomly.

However, soon enough the developer of Fortnite called Epic Games added the entire new system that allowed players to but the new customs. You are able to buy new skins using your v bucks or to get the battle pass of the season that will allow you to select any skin that is available in the store. Getting the battle pass is clearly the cheapest option for those who are planning on buying more skins. 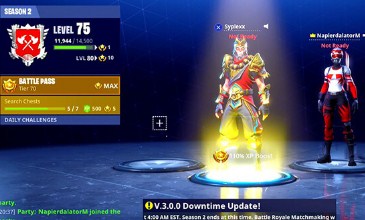 Once you have purchased your new skins, you will have to equip the outfit that is able to be done in some simple steps. In case you have bought skins already, or are planning to purchase them, here is everything that you have to know in order to equip skins in your Fortnite Locker. The first thing that you have to do is to go to the Locker tab on the menu and click on the outfits slot and choose the skin that you want. Once you are there, choose the desired outfit and you are done. Do not forget that this thing only works with skins you have already unlocked. If you are playing on PC, you might need to double click it, or buttons X or O on console. Whilst you cannot necessarily count skins as different characters, it is the closest thing to a character change available in Fortnite Battle Royale for now.

Once again, there are four steps to change the character in Fortnite. First, purchase a new skin, or get the season’s Battle Pass. Second, go to the locker tab on the menu. Third, click on the outfits slot. Fourth, equip your new outfit by selecting the skin you want.

Is it possible for you to make other character optimizations on Fortnite? Even though a lot of players are asking Epic Games to add this feature to the game, there is not any official information whether or not character optimization will be added, and when the players could expect that to happen. According to the official Twitter account of Epic Games, they are planning on adding this feature at some point in the future. The thing was tweeted last year and since then they have not said anything else on the topic so there is a little information to go on. For the newest update related to this, please follow the Twitter account of Epic Games.