To unlock the Drift Skin following the new Fortnite Season 5 update, you are going to need to get some XP. Please find out how many levels is 200,000 XP in Fortnite which is the goal you will need to reach to get your hands on this skin.

By the way, what level do you need to get to for the grand prize of the Drift Skin? Well, you need to grind through to 200,000 XP to complete this challenge. Apparently, there are five XP amounts you will need to hit as detailed in the Fortnite XP chart for Season 5. 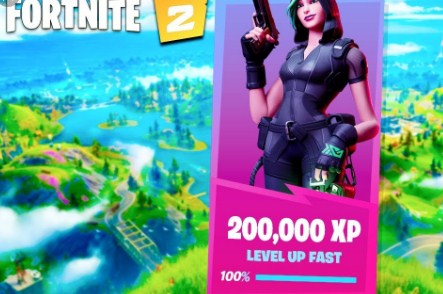 There are two parts to your progression in Fortnite Battle Royale: Season Level, and Battle Pass Tiers. The first one is your personal progression throughout the season as determined by XP (Experience Points). The second one is refers to the level progress for the Battle Pass itself.

To level up the Battle Pass, you have to reach the golden Battle Stars by completing the challenges, increasing your Season Level, and winning games throughout the season. Earning Battle Stars can unlock new Battle Pass Tiers that will reward you with various cosmetic items and bonuses. To increase your Season Level and in turn increase your Battle Pass rank, so you will need to get experience. Here are tips for getting 200,000 XP.

One of the best ways to get 200,000 XP in Fortnite is to improve your skills on the game. You have to not that the amount of XP you earn by playing the game is determined by performance. The longer you are able to last in the battle before being eliminated in Fortnite, the higher you will place in the match and the more XP you are going to earn as a result. If you eliminate a decent number of players by yourself, so you are going to get a higher amount of XP at the end of the match.

RANK UP THE BATTLE PASS

Another great way to get 200,000 XP fast in Fortnite is by unlocking new Battle Pass Tiers. Certain Tiers are going to reward you with a flat 1,000 XP that will help you level up fast in Battle Royale. These 1K Season XP rewards are available at the following Battle Pass Tiers:

If you want to get 200,000 XP fast in Fortnite, so you have to consider about XP Boosts. For your information, some Battle Pass Tiers are going to reward you with experience boost modifiers once unlocked. One of the first XP Boosts that you are able to get is the Combo XP Boost which available at Tier 1 once you purchasing the premium Battle Pass.

The challenges not only reward you with Battle Stars, but they also can grant a decent amount of XP. Of course, it will help you level up faster in Fortnite. Besides, Daily Challenges also reward amount of XP and Battle Stars.