We all have seen Epic Games collaborate with Marvel a few times since Fortnite Battle Royale became one of the biggest games in the globe. The first collaboration was with Marvel Avengers for Infinity War with the Thanos LTM followed up by another one for End Game.

During the second one, a number of additional weapons were added to the Thanos Fortnite LTM including Captain America’s Shield and Iron Man’s Repulsors. Aside from that, there were also some Marvel skins available to purchase in the Fortnite Item Shop during the collaboration which was the first set of cosmetics for Marvel. 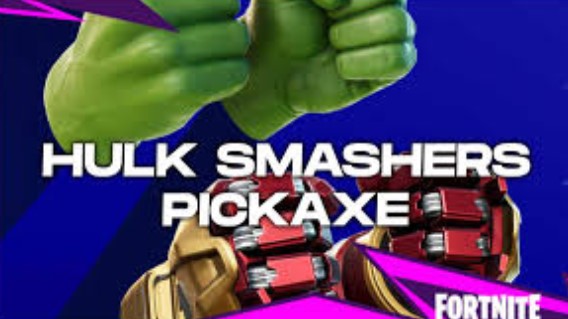 Last season, the developer of Fortnite called Epic Games collaborated with Marvel yet again with the secret skin. Deadpool was the not so secret skin last time that players could achieve by completing the week 7 Deadpool challenge. They have just announced yet another collaboration with Marvel, and here is everything that you have to know.

You will also have to make sure your Epic Games, console, and Square Enix accounts are all connected together, and then you will have to visit the link here: https://membership.square-enix.com/campaigns/Epic.

Please keep in mind that the Fortnite Hulk pickaxe and the Hulkbuster style for the pickaxe will be available in the Fortnite Item Shop at a later date. There is no information as to when they will provide an update with more details later this month, even though some people assume they mean next month.

As stated in the first paragraph, Fortnite has collaborated with Marvel a few times since Fortnite Battle Royale became one of the biggest games in the globe. Aside from Marvel, they have also collaborated with some other ones. Some other top crossover moments include Astronomical, Ninja and Drake party up, NFL in Fortnite, and Play as John Wick. Astronomical is the top one. This one is one of the most recent spectacles that Fortnite gave. With Covid-19 and lockdowns everywhere, Travis Scott and Fortnite presented a dizzying display through the event called Astronomical. It is a series of virtual concerts, which also gave us a debut song from the rapper and was an absolute treat. Aside from the music, the visual of it simply took in-game events to another level.