The Fortnite Map has evolved much with each season, and every update bring the new locations and small or significant changes to the map. You are able to easily and quickly see all changes for each main update of the game by visiting a site named Fortnite Skins.

Talking about Fortnite Map changes, the biggest map changes in Fortnite is Fortnite Chapter 2. There are tons of new features for players to jump into, including a completely revised map with new locations, fishing spots, new vehicles, and many more. For those who are wondering just how much has changed, here is a list of everything new on the Battle Royale map in Fortnite Chapter 2. 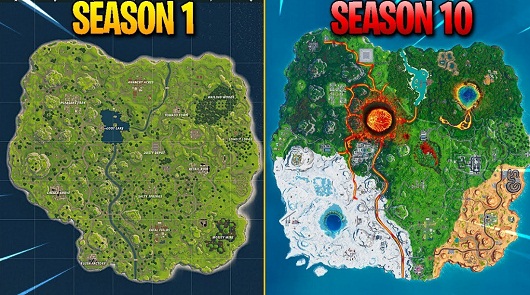 By far, the largest and the most important change this time around is a new map to explore. Titled Towers and Paradise Palms are gone and now it is time for Dirty Docks and Sweaty Sands. There are 13 named locations in total, five of which are returning locations while the other eight are the brand new.