Fortnite Season 8’s end is drawing ever so closer, meaning there is a limited amount of time to unlock all the things the Season 8 Battle Pass has to offer. As the further incentive, the developer of Fortnote named Epic Games will be releasing a set of Overtime Challenges for you to be able to unlock exclusive outfit variants. 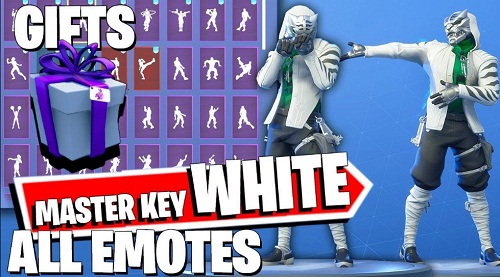 These following paragraphs consist of the information about a variant of outfits in Overtime Challenges called Master Key outfit. Master Key is the name of the Epic rarity outfit in Fortnite Battle Royale that is able to be obtained from reaching tier 87 in the Season 8 Battle Pass. Another skin style, the mask version, is able to be unlocked by reaching tier 99. Apparently, this skin has an Extra White Style as a reward from Overtime Challenges of Season 8.

How is the appearance of Master Key outfit? The shoulder and the mask design of Master Key is based on the animal tiger. A lot of players called the unmasked edit style Naruto from anime due to the similar hair style and colors. Aside from that, he also somewhat has a female counterpart named Tigeress.

Fortnite Master Key outfit is such a cool one. In fact, a lot of people love this outfit, to the point they purchase the real costume for their kids. For those who share the same interest to this outfit and want to get it for your kid’s Halloween party costume, you might want to visit a marketplace named Costume Party World.

The Fortnite Master Key outfit consists of a jumpsuit and a mask. This one is made of polyester and spandex. It is available in size of 120, 130, 140, 150, and 160. In order to get this one, you need to spend $35.99. The price is definitely worth it for such a cool costume. By letting your kid wearing the Fortnite Master Key outfit to a Halloween party, there is a high chance of your kid to be a winner of the party.