In Fortnite, there are Timed Missions that can grant bonus rewards such as evolution materials, schematics, survivors, heroes, experience, perk resources or V-Bucks. You can get the bonus reward of each Timed Mission by claiming it once on completion. These kinds of mission marked on the map with the clock sign and all the missions rotate every 24 hours.

There are some variations of Timed Missions for the players of Fortnite but Mini Boss Missions is the only one that is able to give you V-Bucks. Some people called Mini Boss Missions as Mini Boss Mission Alerts or just Mission Alerts. Giving V-Bucks as a Mini Boss mission reward is really normal and really possible as regular mission rewards. You can get about 25 to 40 V-Bucks on just a mission and the missions change once a day. Please take a note that taking and completing the same one again will not grant you the bonus reward. The other variations of Timed Missions like Storm missions are only able to give you the evolution materials as the bonus reward. Elemental Storm missions can give you elemental perk resources for their respective elements. Some people have also featured their own kinds of Timed Missions. 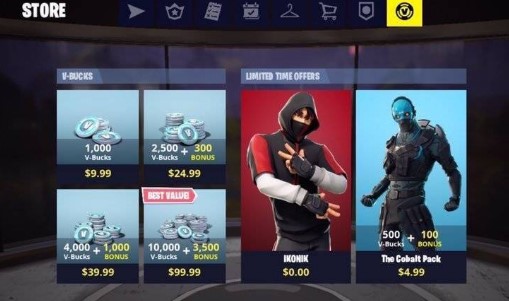 This paragraph explains about the history of Mission Alerts. The amount of Mission Alerts available past Stonewood was twice amount to six and Mini-Bosses were added to all of them in patch v2.3. That is the main reason of why the name changed to Mini-Boss Mission Alerts. Patch v3.4 refocused Mini-Boss Mission Alerts towards Transform Keys and high-rarity items and eliminated crafting ingredients from the list of the reward. Every change seems to raise the amount reward of V-Bucks mission from 15-30 to 25-40 V-Bucks. After patch v3.5 Mini-Boss Mission Alerts cannot be chosen in Stonewood and Plankerton. However, if you have not unlocked the mission the alert is attached to but you can still get to access it with a higher-level party. All the Perk resources were added to the reward pool in patch v4.2. Some events have twice amount of missions for the duration of the event.

There is a thing called Free the V-Bucks created and updated by iFeral with the help of community. iFeral is a 24 years old graduated ICT student from Finland. On his spare time, you are able to find this guy developing websites and mobile games. Feel free to view all his games on his game development website named iferalgames.com and follow the progress on his Twitter account. He is currently working on Streamer Simulator mobile game. You are able to find one from Google Play store.