With the launch of Fortnite Chapter 2 Season 2, the players were treated to a new variety of Fortnite Mythic Weapons. You have to know that these new Fortnite Mythic weapons are gold tier guns that deal high amounts of damage. Besides, They can only be found in a few specific locations. 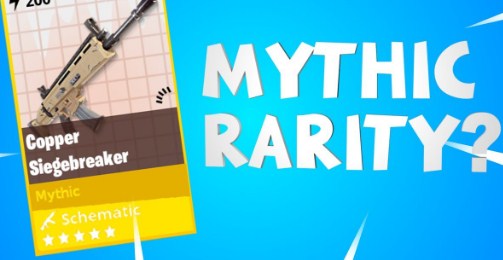 HOW TO GET FORTNITE MYTHIC WEAPONS

The players are able to get their hands on one of six new Fortnite Mythic weapons by killing different minibosses. You will be able to find them guarding each of five new locations added to the island, along with a handful of Henchmen. For your information, five new locations added to the island are The Shark, The Agency, The Yacht, The Grotto, and The Rig.

Brutus Minigun. It is a unique type of gun which spits out small ammunition at an outrageous fire rate. But, its main difference from other sub-machine guns is its chaotic and unpredictable spray (Unlike the much more specific targeting on other guns). This Minigun used to fire non-stop, but was later received a nerf in Season 7 by applying an overheat effect that meant it could not be used for a period of time during cool down.

TNTina: Ka-Boom Bow. You are able to acquire the Mythic Boom Bow by eliminating TNTina at The Rig. Her Boom Bow does 75 damage, but it does 100 damage if you hit the player’s body. It takes three seconds to charge.

Midas: Drum Gun: It used Medium Bullets. The Drum Gun did not have first shot accuracy due to the fact that it is able to be hip-fired with while walking with decent accuracy at a fast fire-rate.