This nuclear power plant uses the energy of CUBE as a coolant for the reactor. Moreover, the facility on this POI is owned and operated by Kevolution Energy company. To know more about it, let’s see more facts below!

You totally can find the nuclear power plant by heading to Steamy Stacks. In this location, you will see the nuclear power plant which provides the entirety of the Fortnite island with visible power lines toward that of Retail Row. Generally, not many Fortnite players will drop in this location as it’s in the corner of the map which is actually a bit hard to navigate. So it does not wonder if there is always loot available here. 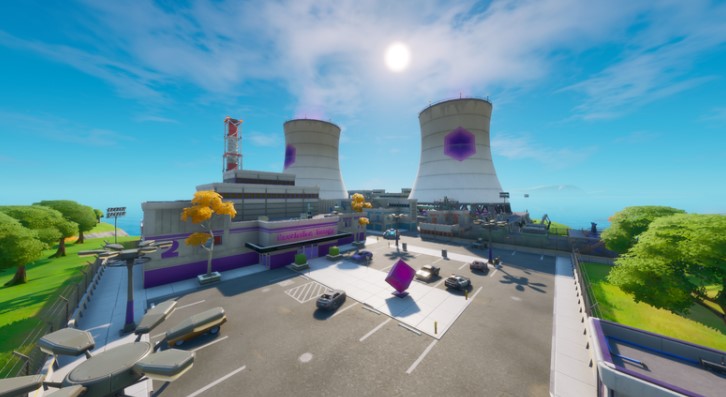 Furthermore, the waste actually produces high amounts of steam and also energy after it’s dumped to the point where the players are blown through the cooling waters and out of the top if they attempt to jump into the waster. Well, the waste here can also be seen disposed of into the bodies of water near the location so that it is polluting the water present there.

What Are the Functions of All Buildings in a Nuclear Power Plant? 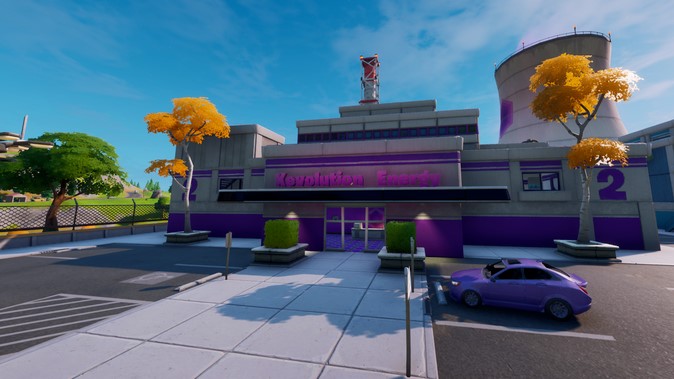 Building 2 is the main building in this complex. This has a lobby and multiple offices inside. In this location, you can find the reactor hall which provides the main reactor in a pool of purple liquid. This room is highly contaminated and radioactive as all the entrances which are accessed through two heavy doors. The radioactive in this room does not have any actual effects for the players who enter their room. 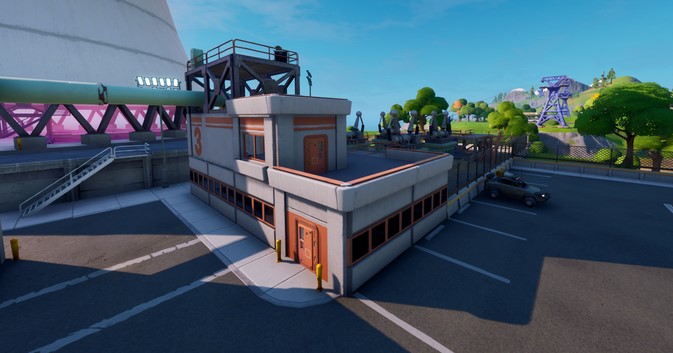 This is the smallest building in this complex with the actual transformer yard fenced off. The power lines which come out of the transformers will connect to the small substation in Retail Row. 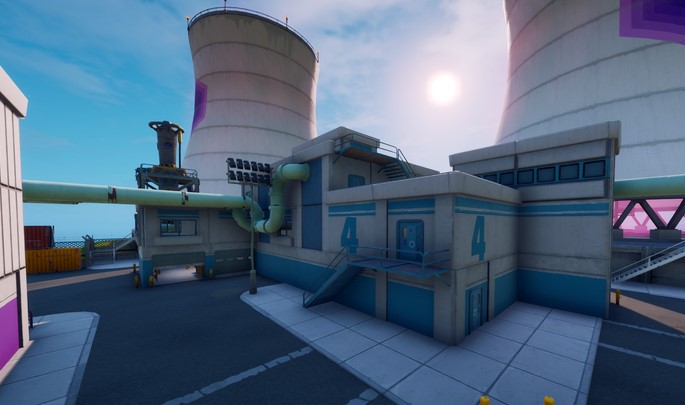 Building 4 provides the turbine in which the pipes coming from building 2 appear to be headed to the turbine building. Well, the electricity which is created from the turbine will be sent into building 3.

This building is located behind the cooling towers. This is also well-known as the pumphouse which is used to pump the waste product into the cooling waters. However, it has a large garage/ warehouse.

There are also plenty of spots that you can find in Steamy Stacks, here they are:

Well, here’s for the list of Steamy Stacks’ challenges in Fortnite:

Those are all Fortnite challenges at Steamy Stacks.