Fortnite is a game which is very fun and challenging to play. A lot of people like playing this game. So, Epic Games always try to give something new in every update. Do you know about Fortnite Patch Notes v11.11? If you do not know information about this, let’s find out here.

When Epic Games released Fortnite v11.11, there are a lot of the changes which are focused on Save the World content. However, Epic Games did make some updates to Battle Royale. So far, there are some changes that we know and we are going to share about it here. The first thing is about Grenade Nerf. The stack size of grenades has been reduced by Epic Games from 10 down to six. Everything else comes up to the similar. However, you will not be able to get as many as grenades as you used to. Also, according to community reporting, Epic decreased the spawn rate of grenade. It was an important change since Arena moved to squads. The most effective way to spam an opponent is grenade. So, this stack size change should be able to help mitigate that. For your information, Grenade spamming in squads is still going to be an issue. 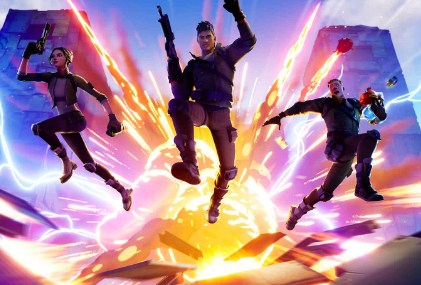 Then, it is about Middle island. Middle Island of the map has been returned to its normal state. The husks are lost and the desolate wasteland that was the Eye Land is now back to normal. You are able to get a decent amount of loot from landing here instead of jumping around and looting several chests. It likely will be the area of the map that will experience the most change. Also, you are able to expect something Christmas-related to pop up here as well.

How about Locker Search? Well, the update has been a long time coming and finally now you are able to search your crowded locker through the new search bar. Now, there is no coordinating outfits with your teammates by asking which color that one is. You are just able to search for it and then enter a game.

The statistics screen which appears after you finish the match got a rework. Everything looks a bit cleaner and you are able to see all of your achievements and medals on the righthand side of the screen. If you want to know about the bug which are fixed here, there are some of them as listed below.

In Fortnite, The Bandage Bazooka is still disabled and Epic has marked this problem as important on their Community Issues Trello board. There are some additional changes which are reported by the community and here they are: