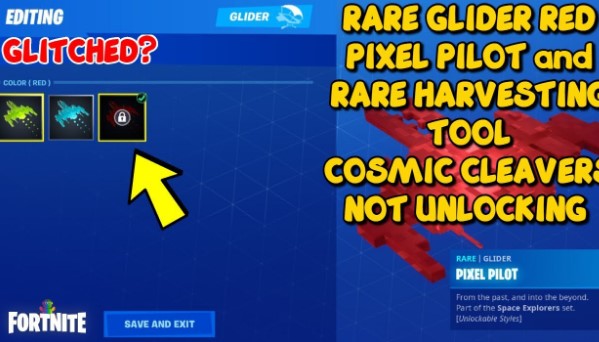 Because of this problem, a Fortnite player posted this problem on Reddit and then he got a reply from an Epic. Epic Games stated that they are working on a fix to grant the red variant for the Eternal Voyager harvesting tool and glider.

For your information, here is the description about Pixel Pilot and Cosmic Cleavers.

As mentioned earlier that Red Pixel Pilot and Cosmic Cleavers can be gained by completing Overtime challenges. Do you know what missions in this challenge? Here they are: