You may be confused when you want to use the police cars in Fortnite, but it is not found. Of course, for you who do not know what happens, it is as normal as possible, but evidently it is something serious that Epic Games did.

Now, you cannot use the police cars in Fortnite to harm the other players. Last week, Fortnite players noticed that the police cars could no longer be found on the Fortnite map. Of course, it can be a BIG question why Fortnite suddenly did it. 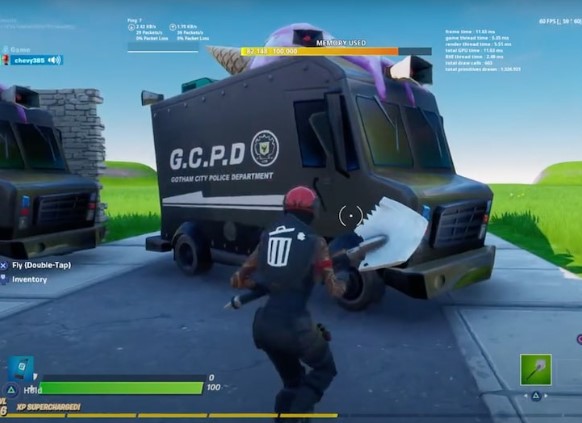 Then, surprisingly, what Fortnite did is as a form of protest to the brutality of police. Besides, it can be an innuendo to the American Government in which they seem to have no ability to solve the problem that has happened for a long time in America.

Everyone already knows that racism in America has happened for a long time ago. But, it seems to happen until today.

You certainly now for months ago, in America, George Floyd’s death has been shocking the public. How come? In this case, the Floyd death was related to racism.

Need to know that Floyd or George Perry Floyd Jr. was an African- American man who was killed by American police during an arrest in Minneapolis, Minnesota. He was born on October 14, 1973 – died on May 25, 2020.

Unlucky, on May 25, 2020, Floyd was arrested after passing a counterfeit $20 bill at a grocery store in the pPowderhorn Park neighborhood of Minneapolis.

Floyd died after Derek Chauvin, a white police officer pressed his knee to Floyd’s neck for about eight minutes.

Floyd was handcuffed face down in the street while two police officers restrained Floyd. Then, for the last three of those minutes, Floyd had no pulse and was motionless but the police officers did not make it to revive him. Derek Chauvin kept his knee on Floyd’s neck until the medical technicians attempted to treat him.

So, that can be a reason why Epic Games removed the police cars from Fortnite. Of course, it can be related to the Black Lives Matters which happened months ago in America.

As a form of protest to American police and government, finally Epic Games totally removed the police cars from the game.

Furthermore, police cars have been removed from the Fortnite. Of course, it makes the players shocked in which a change comes amid a national debate over law-enforcement practices as a response to the killing of George Floyd while in Minneapolis police custody.

In this case, the police car cannot be driven in Fortnite although the ability of this car will arrive later this season as the Fortnite’s waterlogged map slowly dries out.

So, you can imagine when Epic Games will not want the players to use the police car to attack the others or put together clips showing this.

In this case, Epic Games do not represent the brutality of the police in Fortnite. So, Fortnite removes the police cars from the game.